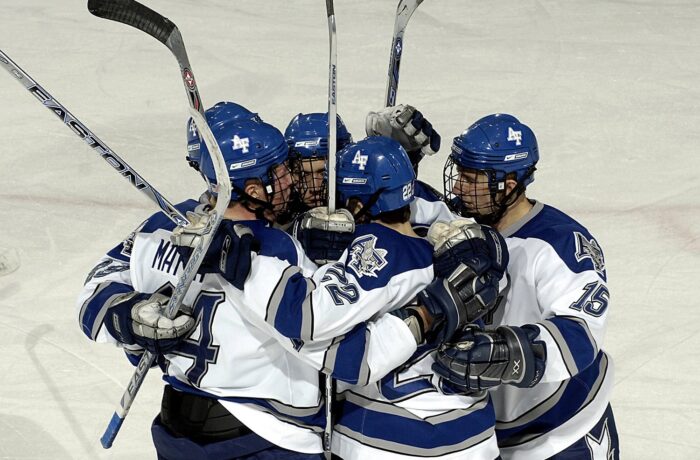 Do newcomers have to like hockey to be Canadian? 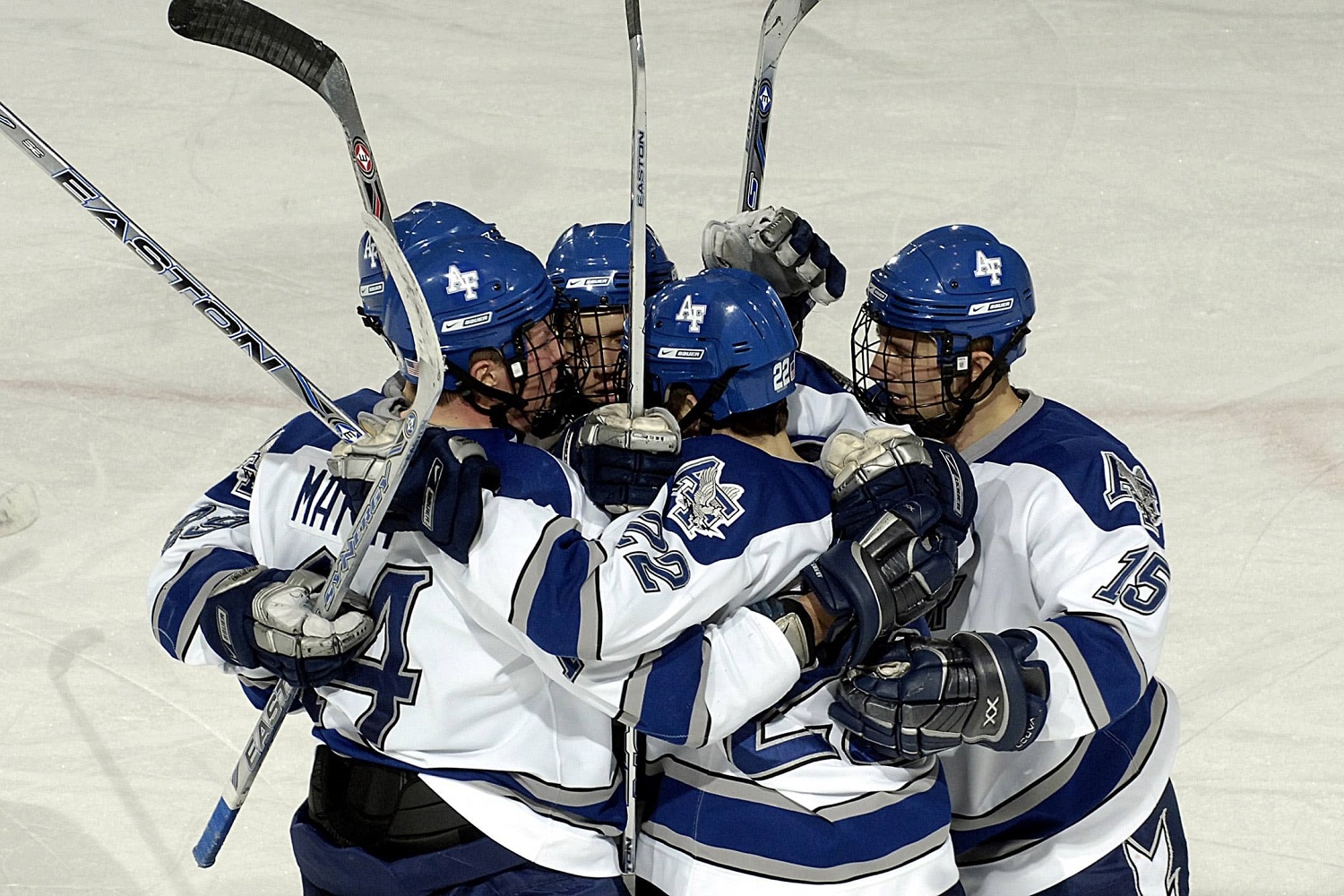 The short answer is no.

Naturally, newcomers might feel pressured to play hockey or become hockey fans. It is Canada’s national winter sport, and it seems like an easy way to integrate into Canadian culture. But some newcomers try to engage with the sport and find they can’t participate. Maybe they don’t even like hockey. This can lead to feeling like they don’t belong.

Hockey is a symbol of national identity. It unites Canadians. At least, it does in theory. The truth is, hockey is and always has been exclusionary.

But where does that pressure to love hockey come from?

How hockey became the heart of Canada

Hockey is part of Canada’s national identity. “Canada is hockey, and hockey is Canada.”

The sport’s keystone position in national identity started with winter. Throughout most of Canada, winter can last from six to eight months. What else is there to do but put on skates and play a game of hockey. The sport was invented in Canada around 1875, and it started as “every man’s” sport. It was accessible to the working class. Neighborhood children would lace up their skates and play outside on frozen ponds.

The sport was also available to anyone with a radio and later television. “Hockey Night in Canada” began as a radio show in 1931. Every week, people across the country would tune in for the weekly hockey game. Canadians have been collectively listening to and watching hockey for almost a century.

Hockey was invented in Canada. It was a sport open to all. Everyone experienced hockey in one way or another, and that shared experience and understanding is what made it Canada’s sport. Our sport. 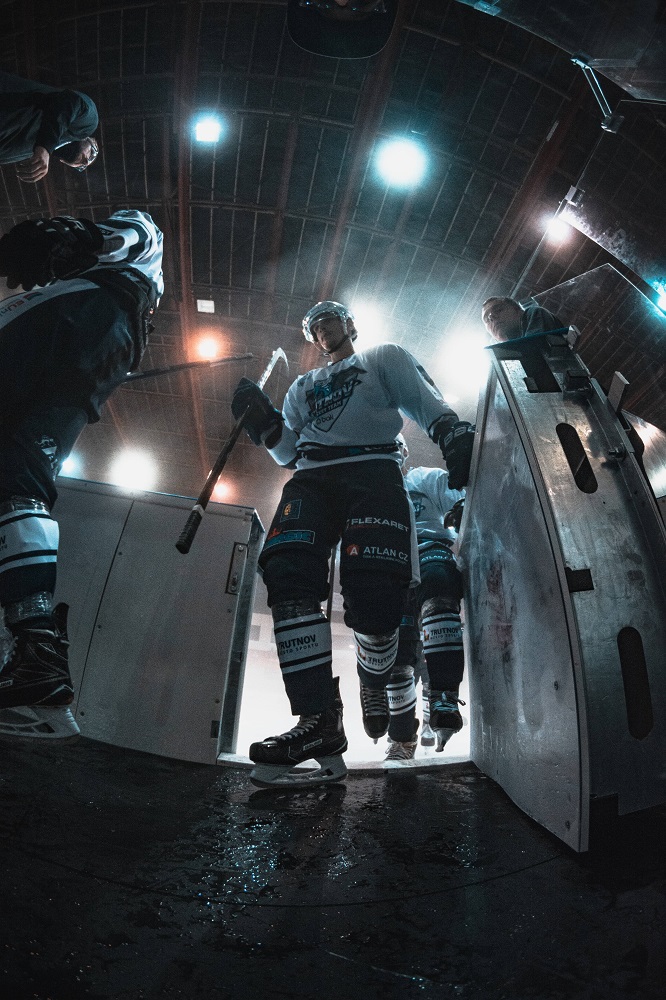 In November of 2019, long-time host of “Hockey Night in Canada,” Don Cherry, infamously said, “You people—you love our way of life, you love our milk and honey, at least you can pay a couple bucks for a poppy or something like that.”

You people. Our way of life. Cherry used this xenophobic language (language that showed dislike for people from other countries) to criticize immigrants for not supporting Canadian war veterans. He insinuated that there is an us and a them. That newcomers are not “real” Canadians and should just be grateful to be here.

Cherry was fired for this exclusionary statement, but this is just one example of discrimination and exclusion in hockey.

For many newcomers who also identify as BIPOC, the acronym that stands for black, Indigenous, and people of color, hockey may not be a welcoming sport. As of 2020, there were 43 players of colour in the National Hockey League (NHL), a league with over 700 players. This indicates that there are widespread issues preventing diversity in the sport. Minority players work harder than their white teammates to play professionally. Sometimes, they overcome these barriers only to be subject to racial discrimination and abuse.

In 2019, Calgary Flames coach, Bill Peters, resigned after being accused of using racial remarks a decade earlier. Peters called Nigerian Canadian player, Akim Aliu, the n-word several times because of his taste in music. Aliu then “rebelled” against his coach, and Peters had him demoted to a lower-level league because of it.

In an article, Aliu recounts other experiences where he was abused by his teammates in the Ontario Hockey League. His teammates put Tiger Balm in his jock-strap, threw his equipment onto the roof, and shoved a hockey stick through his mouth.

“I was with all these people who were supposed to be my brothers, right?” Aliu asked in his article. “I was surrounded by the types of players I had dreamed of playing with, and I had never felt more alone.”

For BIPOC newcomers who fail to find belonging in hockey, it is through no fault of their own. Racism is an unfortunate, but undeniable part of the sport’s culture.

Newcomer women and girls are at an even greater disadvantage of getting into the sport.

Men’s hockey receives more funding and more societal support than women’s hockey. The Canadian Women’s Hockey League (CWHL) was dissolved in 2019 due to lack of finances. This seems inevitable when you consider that the women’s league received far less support, resources, and infrastructure than the men’s professional league.

Female players in the CWHL were not paid until the 2016–17 season. Even then, they were not paid enough for hockey to be their full-time careers. Almost everyone involved in the league, including team staff members, had full-time jobs outside of the sport.

“We are, as a society, willing to risk something for the potential success of men’s sport,” Courtney Szto, assistant professor of kinesiology and health studies at Queen’s University, said in an interview with CBC. “We have been very unwilling to take that risk for women’s sports.”

There is less money and less opportunity in professional women’s hockey. Newcomer girls may have trouble finding a league. They may feel little incentive to pursue a sport with so few professional prospects.

The cost of hockey

Professional hockey players, at least male players, receive high salaries, but getting there requires heavy investment. Gone are the days where working class boys played outdoor hockey for fun. Hockey has become an elite sport. It is most available to wealthy families who have the money and time to invest.

A 2019 survey found that 60 percent of parents spent $5000 per year to put their children in hockey. To enroll your children in the sport, you either have to be wealthy or willing to make sacrifices. Families take fewer vacations, restrict entertainment budgets, or simply go into debt so their children can pursue the Canadian Dream.

Between practices, games, and tournaments hours away from home, hockey demands a lot of time. It can become more of a lifestyle than a hobby.

Playing the sport is not the only thing that comes with a costly price tag. Being a spectator can also be very expensive. A ticket to a Toronto Maple Leafs game can cost over $200.

For a lot of newcomers, hockey just isn’t in the budget.

Is hockey all bad?

Hockey is too white, too male, and too rich. But is it all bad?

The short answer is also no.

Newcomers have experienced overwhelming pride cheering for Team Canada at the 2010 Vancouver Winter Olympics. Connecting with coworkers or neighbours can be as easy as asking what team they cheer for.

If hockey is of interest to you or your children, there are programs available that make hockey more accessible to newcomers. Hockey4Youth and Home Ice Hockey are programs in the Toronto area that offer free ice hockey for children with an emphasis on social inclusion. 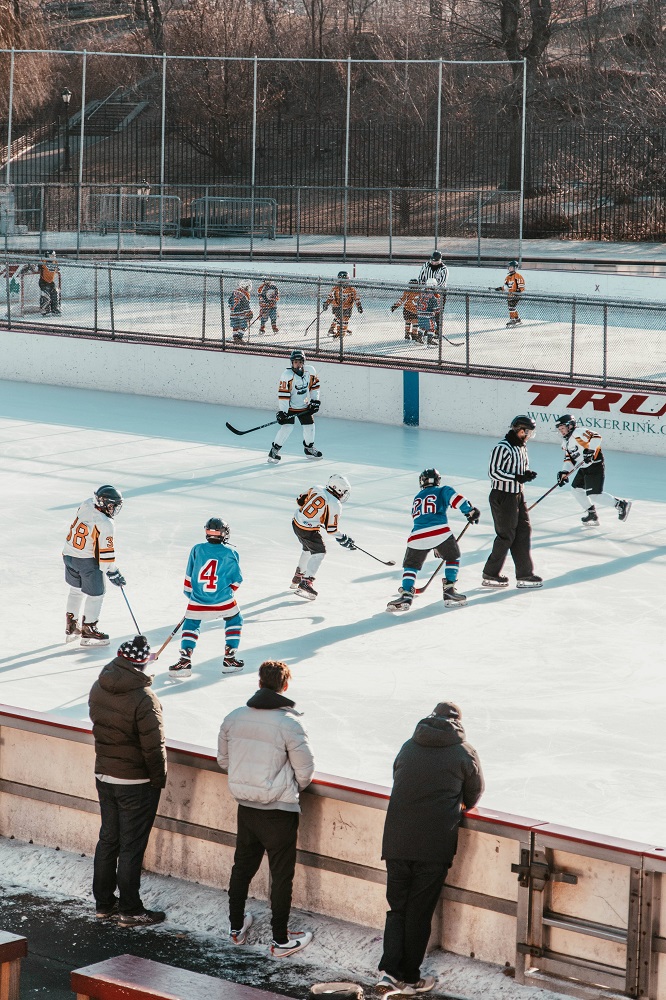 Perhaps the most affordable way to experience hockey is to do what Canadians have been doing for a century: Tune in from the comfort of home. TSN, Sportsnet, and CBC are common channels to view hockey games. Check with your TV provider to see what sports channels are available.

Hockey is a deeply problematic part of Canadian culture. It’s an expensive and inconvenient sport to play. Newcomers are at a disadvantage getting into the sport, and the culture can be hostile if they overcome disadvantages. There’s a lot of dislike about hockey.

Yet, it remains our sport, newcomers included. As residents in Canada, hockey is yours to take or to leave. Whatever relationship you choose to have with hockey, it makes you no more or less a part of Canada.