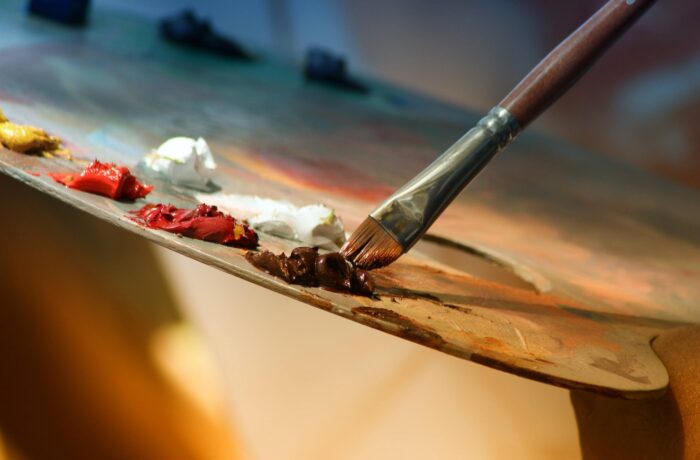 How a group of artists helped shape Canada’s identity

Just over 100 years ago the Group of Seven had their first art exhibit in downtown Toronto where their work was met with a mixture of criticism and approval. Now, a century later, their artwork is still an important part of Canadian history and culture.

“You see echoes of the Group of Seven everywhere,” said Ian Dejardin, executive director of the McMichael Canadian Art Collection, in a virtual talk on May 7, 2020.

But who were the Group of Seven? They were a group of artists who came together to create a new, distinctly Canadian art style where none existed before. “They were trying to find new ways of painting to be able to create the type of art which would be seen as the first Canadian art movement in the country,” said Béatrice Djahanbin, an education officer at the National Gallery of Canada.

At the time that the Group of Seven came together in 1920, many established Canadian artists were painting landscapes in European styles. This meant that the landscapes looked organized and “tamed” by the people living on the land. The seven artists decided that they wanted to break away from this calm, romantic style and show Canada in a different light.

“The Group of Seven decided, ‘This doesn’t make sense; we’re a new nation, and we need something that will really represent the Canadians and the national soul,’” said Djahanbin. With this idea in mind, they painted portraits of Canada that made sense to them: wild, untamed nature with bold and bright colours.

The artists would go camping, canoeing, and take trains out into the wilderness all over Canada to paint landscapes. “Wilderness became this iconic symbol of the Canadian landscape,” Djahanbin explained. This showed Canada in a way that hadn’t been seen before, and the unique art style created by the Group of Seven shaped Canada’s first national art movement. This helped to establish the country’s identity, as it finally had something that was deeply and completely Canadian.

Today, their paintings are a reminder that it’s important to take care of our environment. “With everything that’s happening with climate change, we see things in their paintings that may start to disappear slowly,” said Djahanbin. “They made us aware that Canada is beautiful and diverse in the landscapes; how can we continue to ensure this legacy?”

While the Group of Seven are a significant part of Canadian history, it is important to remember that the seven men didn’t speak for all Canadians. “They have in some circles become less fashionable and in part because of discussions around their visioning of Canada as a wilderness that was empty, and of course it was not,” said Sarah Milroy, chief curator of the McMichael Canadian Art Collection, in a virtual talk in December 2020.

Djahanbin also added that there was a lack of diversity within the group. There were no women involved, and the seven were all white men. This again shows that while their paintings helped Canada form a national identity, there were a lot of voices missing from the process. Still, their role in shaping Canada’s identity hasn’t been forgotten.

“They’re being viewed slightly differently,” said Djahanbin. “But they still have a great impact in the sense that they were artists who, in a way, were encouraging future generations of artists to take risks, to do something differently, not to rely on what’s come before them, to create something new.”