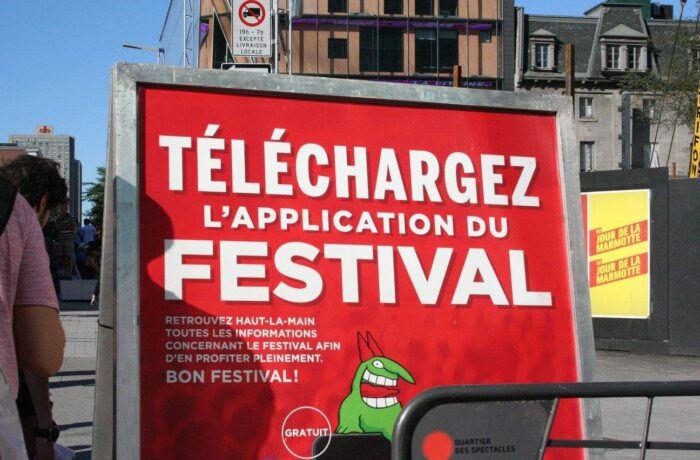 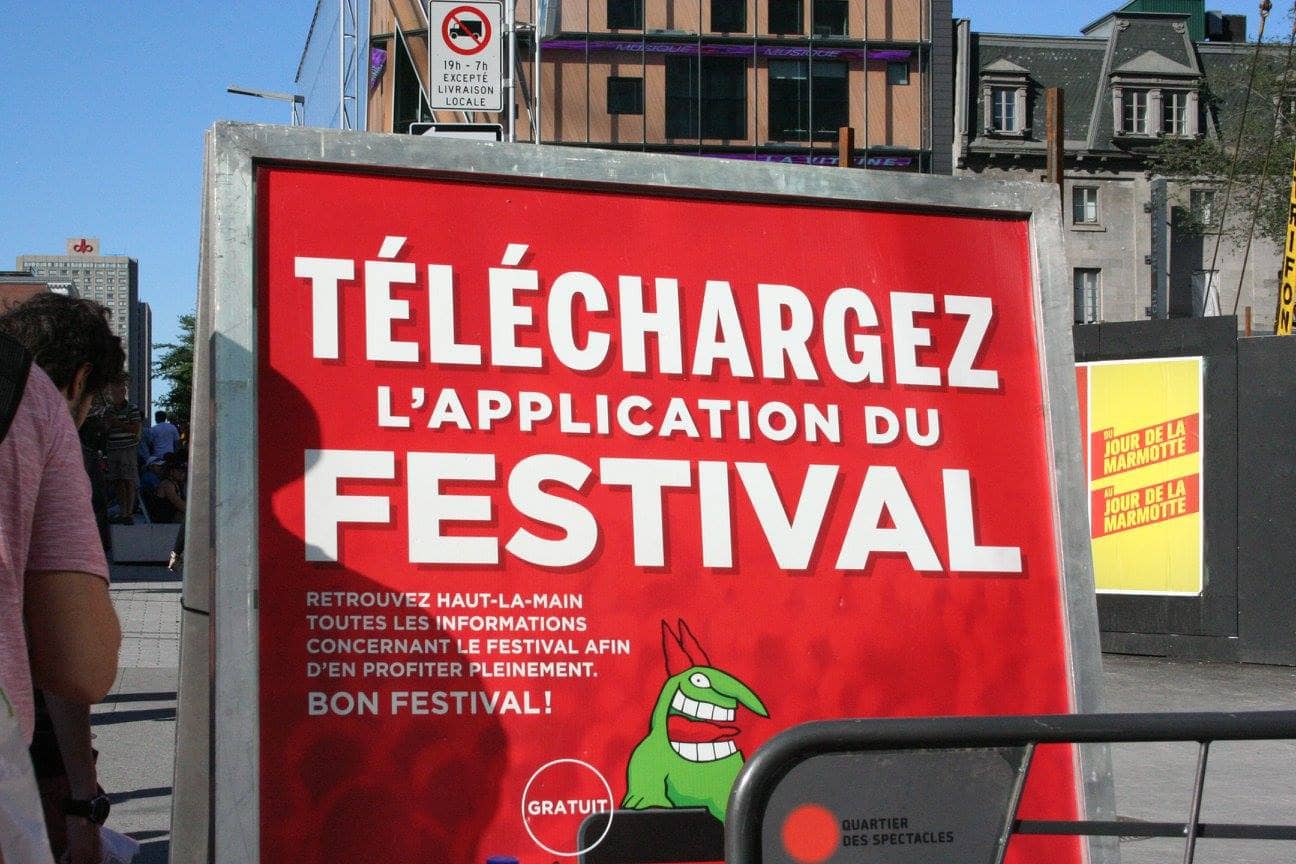 Are you tired of not getting the punchline whenever a colleague cracks a joke? Are you confused about why some Canadians wear shorts in the middle of winter? Do you wonder why people start to laugh at you when you say you’re a big fan of Nickelback? If so, you are not alone! I mean—you have come to the right place!

Welcome to our newcomer’s guide to understanding, creating, and appreciating Canadian humour! We know that as a newcomer, it may not be easy to fit into “Canadian culture” and we—as self-certified experts—are here to help. Canadian humour refers to what we Canadians find funny. We’re not afraid to poke fun at ourselves and distinguish ourselves from Americans. After all, there are reasons why you chose to come here, eh? Canadian humour is hilarious in its own right! It’s hilarious even if fellow Canadians are the only ones laughing. We’ll take you through the “do’s” and “don’ts” of comedic behaviour and help you through those times when you just don’t get the joke.

Here in Canada, we serve humour as authentic and delicious as our poutine. One of the things you can do is create a list of things from Canada. That includes listing Canadian celebrities even if they are no longer here. Your list should look something like this:

Now that you have your list of Canadian things, you can start working on funny, laugh-out-loud (LOL), make-them-pee-their-pants Canadian humour! To start off small, all you need to do is compare a person or situation to one of the Canadian things on your list. You are guaranteed to get at least a little chuckle.

Here are some examples of how you can keep things funny:

Co-worker: Hey Faruq! Join us for drinks tonight!
Instead of saying: No thanks. I don’t drink.
You could say: I’ll go for drinks the day that moose start to fly.

Co-worker (gossiping): Dylan is really annoying me.
Instead of saying: He’s not that bad!
You could say: He can’t be as annoying as a Canada goose!

Co-worker: [starts singing]
Instead of saying: Stop it! I can’t focus on my work!
You could say (jokingly): Keep it down Justin Bieber! I’m trying to get some work done.

Co-worker: I didn’t see you there; you almost gave me a heart attack!
Instead of saying: Don’t exaggerate!
You could sing: You are safe, and your heart will, your heart will go on and on!

Part of the worry we face when trying to be funny is embarrassing ourselves in front of others or saying something cringeworthy. To that we say, who cares? Comedians get booed all the time—at least nobody is throwing rotten tomatoes at us. Don’t ever let fear stop you from unleashing jokes as majestic as the Canadian Rockies. As you get more and more familiar with Canadian culture—and continue adding to your list of Canadian things—you can start saying your Canadian jokes in front of complete strangers!

The good thing about saying jokes in front of strangers is that they don’t know you! Unless they talk to you first, you will most likely have to use cringe-worthy lines to break the ice because there’s no familiarity established yet. If the joke doesn’t land, the best part is you never have to see the stranger again! If the joke does land, then you probably made a new friend. You have nothing to lose!

Here are some openers:

You: Are you maple syrup?
Librarian (looking confused): No.
You: I’m sorry; you just looked super sweet to me!

You: What’s colder than a Canadian winter?
Random stranger: I don’t know.
You: The CRA during tax season.

Don’t be disappointed if co-workers or strangers find your newfound Canadian humour lame. Some jokes and zingers are bound to fall flat even if you deliver them properly. Just keep on practicing your jokes!

Another way to create Canadian humour is by telling funny stories about life in Canada. It could be a personal story or a story you heard from a friend of yours.

Last year, I went to downtown Toronto to meet with my best friend. As I was walking, various homeless people along the street would come up to me and ask for money. I gave them the change that I had and didn’t think too much about it.

When I finally met up with my friend, we headed inside Ryerson University. While going inside the building, I noticed that a man had followed us inside and thought, “oh, good! The security guard is looking out for us.” I turned around and was about to thank him when he held out his hand and asked me for money! It turned out that he wasn’t a security guard at all! He was another homeless person!

With your story, you want listeners to be caught off guard with the element of surprise. Canadian humour is all about saying the unexpected; you want to create an unexpected—and perhaps ironic—ending.

Many years ago, I gave campus tours to students and their parents in Toronto. As a student living off-campus, I was usually paired up with another tour guide, someone who actually lived on campus. We were in charge of taking the groups to see the dorm rooms.

One day we had too many students and parents and not enough tour guides, so we ended up having only one tour guide per group. Since I had given campus tours plenty of times, I was fine with leading a group on my own. It wasn’t until I had started leading my group to the first area that I realized that I was in trouble: I didn’t have access to the dorm floors.

I led my group through all of the areas except the dorms. I brought them to library, the dining areas, and the leisure and lounge areas. Parents and students started asking the same question: “When are we going to see the dorms?” I knew that they had come to see what the dorm rooms looked like, and I couldn’t let them down. Finally, I started to walk them to one of the dorm buildings.

Of course, I was panicking the whole time. I was able to access the main entrance, but how would I enter the floors that required a key? How could I show them a room I didn’t have access to? As we entered the building, I saw two guys run up the stairs from behind me and managed to grab one and pull him aside.

“I’m doing a campus tour. Can I show them your room?” I asked. I was absolutely desperate—my tour group needed to see a dorm room. The boy said yes, and I thanked him. He opened the door leading to the second floor, and we followed behind him. At last, he opened his dorm room door, and we all walked inside.

Then, there was a shocked silence. We were standing inside the messiest room I had seen in my entire life. Clothes were everywhere; you could barely see the floor. His room looked like it had been hit by a hurricane. I almost couldn’t hold back my laughter from embarrassment!

When my mother first came to Canada, she asked someone, “What are those beautiful yellow flowers?” They were all over the park she visited, and she found them very pretty. The person answered her, “Ma’am, those are dandelions. They’re considered weeds here in Canada.”

Now, let’s take a look at what you should do if you don’t find a joke funny.

Picture this: Your friend tells a joke, and everyone in your office starts laughing. Everyone except for you. You just don’t find it funny. You’re about to head back to your desk when you realize that your friend is staring right at you. What do you do next?

A. Do exactly what you wanted to do and head back to your desk.
B. Smile and wink at her.
C. Take a sip from your water bottle.
D. Nod your head and pretend to laugh.

The correct answer is D. Even if her joke is not funny to you, clearly it is funny to everyone else, so just go along with it! Don’t be a killjoy by walking away, and don’t make things awkward by winking or sipping your water. Fake laughter is better than no laughter. By doing something other than laughing, you could offend your friend. Even if your fake laughter is belated, she would appreciate the effort.

Think about a time when you made a joke, and everyone laughed except for one person. You didn’t think about the fact that everyone else found the joke to be funny; you think about the one person who didn’t! Be a good sport and pretend to laugh at other people’s jokes. They will surely appreciate it.

On the other hand, humour can be subjective. Some jokes may be funny to you but not to other people and vice versa. You may also say something as a joke, but other people may not realize that it’s a joke, especially if your tone or body language don’t convey the same message.

If there is laughter, even if it’s only your own, keep doing what you’re doing. The only way you can get better at something (like making jokes) is by observing how it’s done properly and by practicing it. You don’t need to overthink humour, comedy, or jokes. In case you haven’t noticed, this article was not meant to be taken seriously! It’s fine for you to laugh at absurd scenarios and silly jokes.

Lastly, just have fun! Laugh at your own jokes and laugh at other people’s jokes. Don’t worry too much about what other people think. Whether someone else is making a joke or you are, the point of humour is to spread joy and laughter to the people around you. If you can do that, you are doing a service to your fellow Canadians.