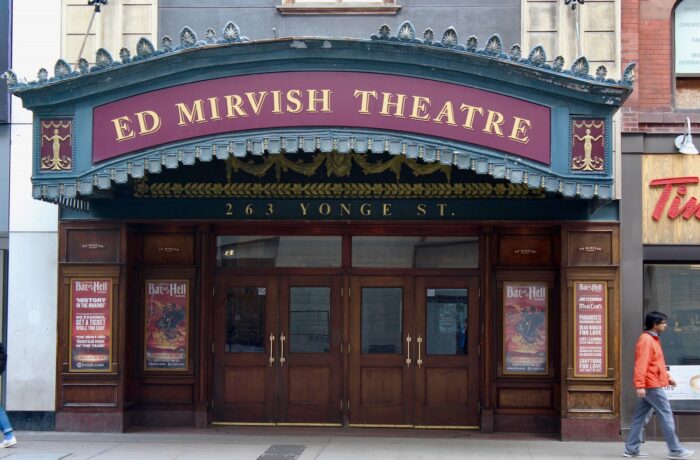 Experiencing Canadian Culture: A guide to the artistic and cultural events in Canada 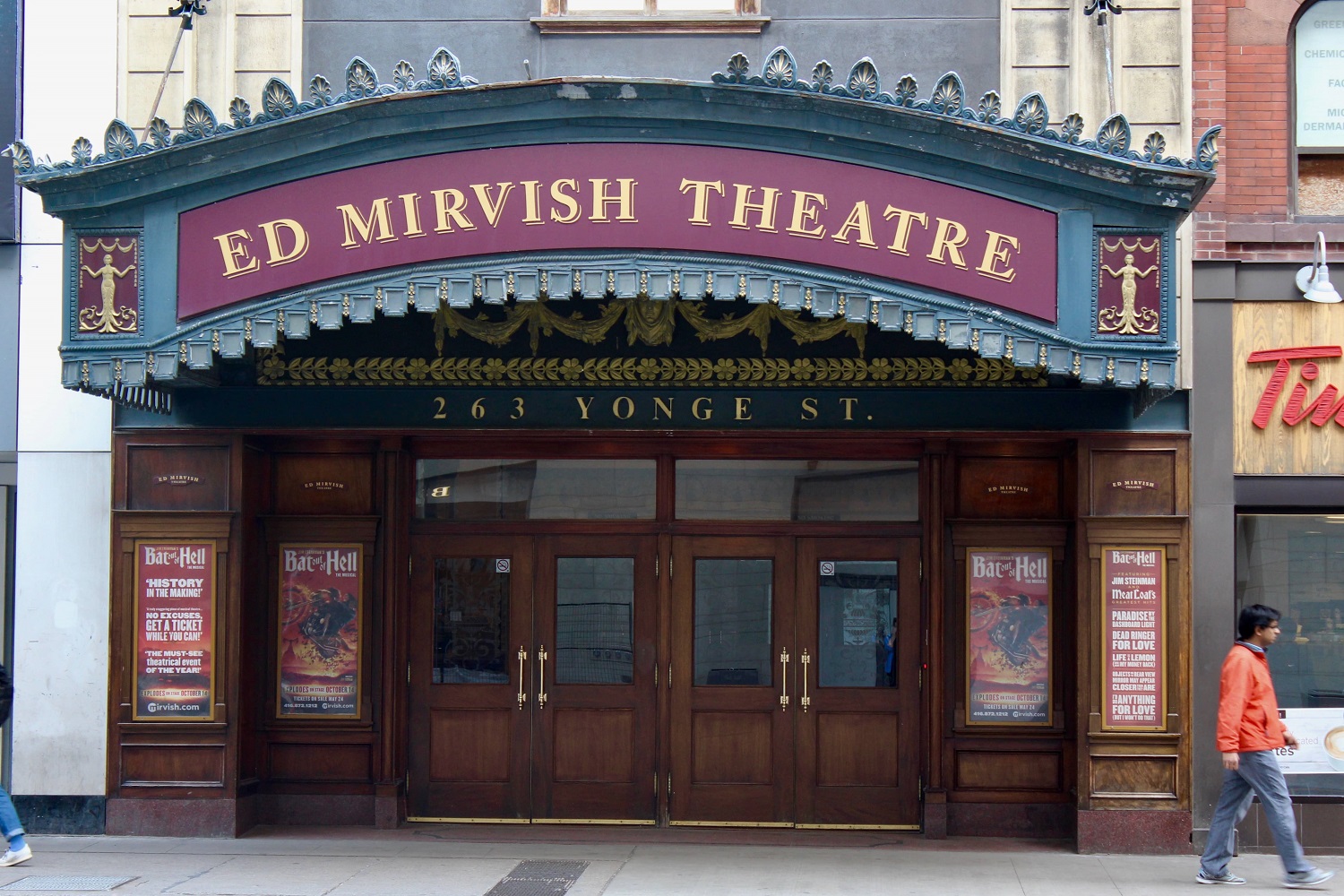 The arts can teach so much about Canadian culture. Many of our customs and traditions are influenced by Indigenous cultures. In addition, Canada welcomes cultures from all around the world and has a thriving arts scene. Our musicians are known worldwide, and our country has a big film and television industry. There are many arts and culture events that take place throughout the year across Canada. You can experience Canadian arts and culture through music, dance, theatre, film, festivals, art galleries, and museums.

For 12 days during September of every year, actors, filmmakers, journalists, and film industry professionals come to Toronto to celebrate the art of film. The Toronto International Film Festival, better known as TIFF, is one of the most attended film festivals around the world. World premieres take place at TIFF, and hundreds of films are screened at various venues in the Entertainment District of Toronto. They feature Hollywood blockbusters, international films, short films, independent films, and everything in between. There’s something for everyone. Over the years, TIFF’s People’s Choice Award, which audience members vote on, has become an indicator of success at other major awards shows, such as the Academy Awards. Oscar-winning films that have premiered at TIFF include: 12 Years a Slave (2013), La La Land (2016), Three Billboards Outside Ebbing, Missouri (2017), Green Book (2018), and Jojo Rabbit (2019). Throughout the rest of the year, TIFF also offers screenings, lectures, discussions, workshops, events, and professional development opportunities to meet, hear, and learn from film industry professionals from Canada and around the world. 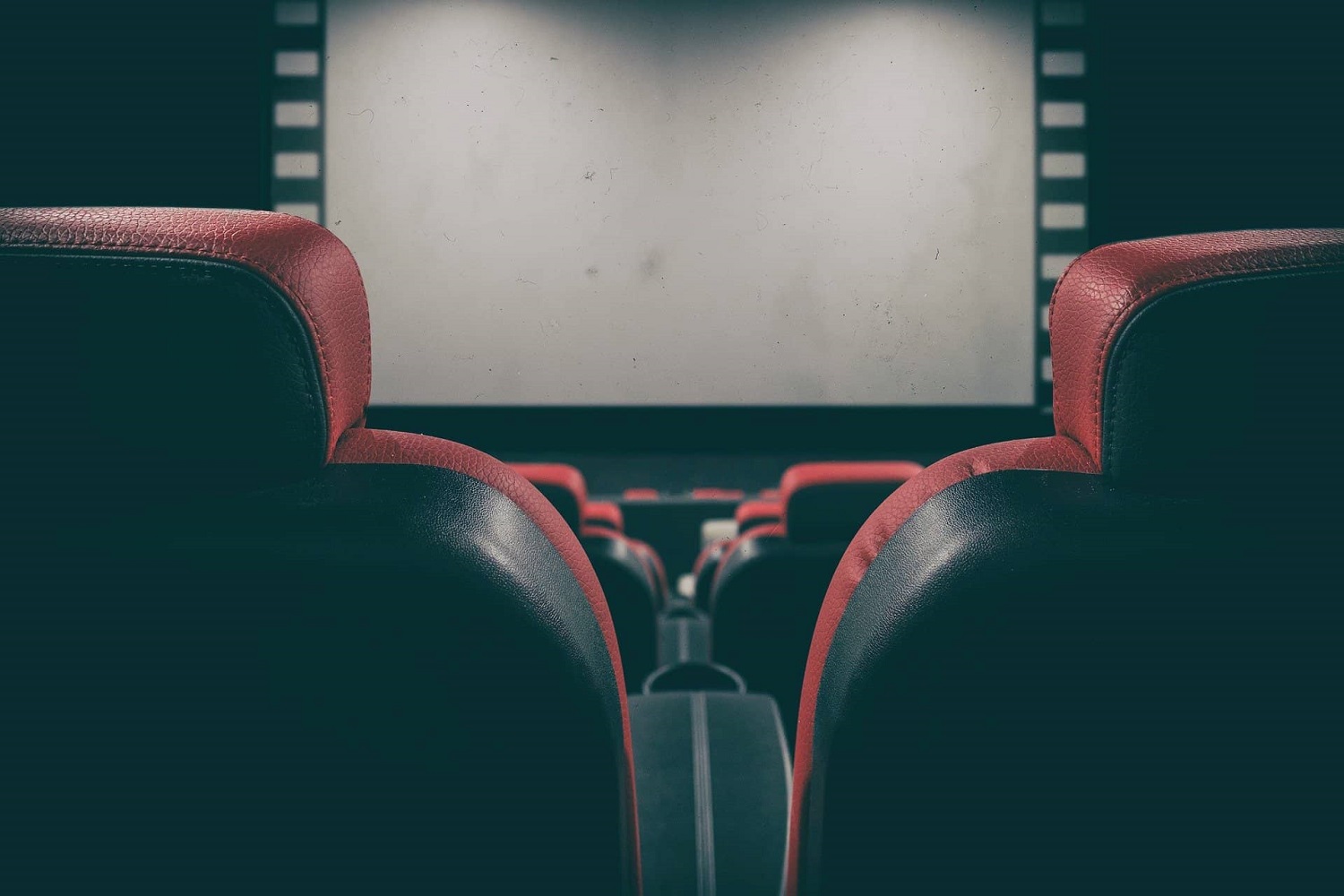 The Canadian National Exhibition, known as The Ex or the CNE, is an annual event that takes place at the end of the summer at the Exhibition Place and lasts 18 days. The CNE is a non-profit organization that was founded in 1879 for the purpose of promoting the development of industry, agriculture, and the arts. The CNE is Canada’s largest fair and the sixth largest fair in North America; it attracts about 1.5 million people every year. At the fair, you’ll find rides and carnival games, buskers and other performers, music, shopping, and food. Over the years, the CNE has become an end-of-summer tradition for many families.

The annual Toronto Fringe Festival was inspired by the worldwide fringe movement, and it was created in 1989 as a platform for the performing arts community to produce art. Since then, the Toronto Fringe Festival has become the largest theatre festival in Ontario, showcasing 150+ productions at 30+ performing arts venues across downtown Toronto. Shows are chosen through a lottery. This means that all applications for the festival have an equal chance of earning a performance slot. The festival takes place in early July and lasts for approximately 10 days. The Fringe Festival is known for offering lower-priced tickets than any other arts festival in the city—tickets are just $13 because they that believe everyone should be able to afford to see theatre. There are also other events and activities that take place during the festival, including special events and shows for kids.

Winterlude is an annual winter festival that takes place in Ottawa as well as Gatineau, Que. during the first three weekends of February every year. It’s a time to celebrate the great Canadian winter. The festival is best known for its skating event, which takes place on the Rideau Canal. It is 7.8 kilometres long, and it is the biggest skating rink in the world. At Confederation Park, there is an ice sculpture competition, an ice lounge, and music concerts. There are also other activities, events, and exhibitions across Ottawa at museums and at the Byward Market, Sparks Street, Downtown Rideau, and the Glebe.

Across the river in Gatineau, Jaques-Cartier Park is transformed into Snowflake Kingdom, a massive snow park complete with ice slides, snow sculptures, and other activities for children. There are also fun winter racing events that take place in both Ottawa and Gatineau. The Gatineau Loppet hosts an internationally recognized cross-country ski race that takes place in Gatineau Park. There are also snowshoe and fat bike races. There is also a Winterlude Triathlon, which currently involves an eight-kilometre skate down the Rideau Canal, a five-kilometre run along Colonel By Drive, and a six-kilometre ski at Mooney’s Bay Park.

The Calgary Stampede is a 10-day celebration of western hospitality and cowboy culture. Every year, one million people come to Calgary to experience the largest outdoor rodeo, featuring bull riding, barrel racing, chuckwagon races, and the GMC Rangeland Derby. There are also agricultural events, Midway rides and games, food, and shopping. Aboriginal ambassadors also share their traditions such as dancing and singing, and artisans sell their jewelry and art pieces. There’s something for everyone in the family to enjoy. The Calgary Stampede is one of Canada’s largest music festivals, with over 300 performers and five stages. Primarily country and rock artists perform at this event; popular artists, including Taylor Swift, Luke Bryan, Katy Perry, and Garth Brooks, have performed at the Stampede in the past. 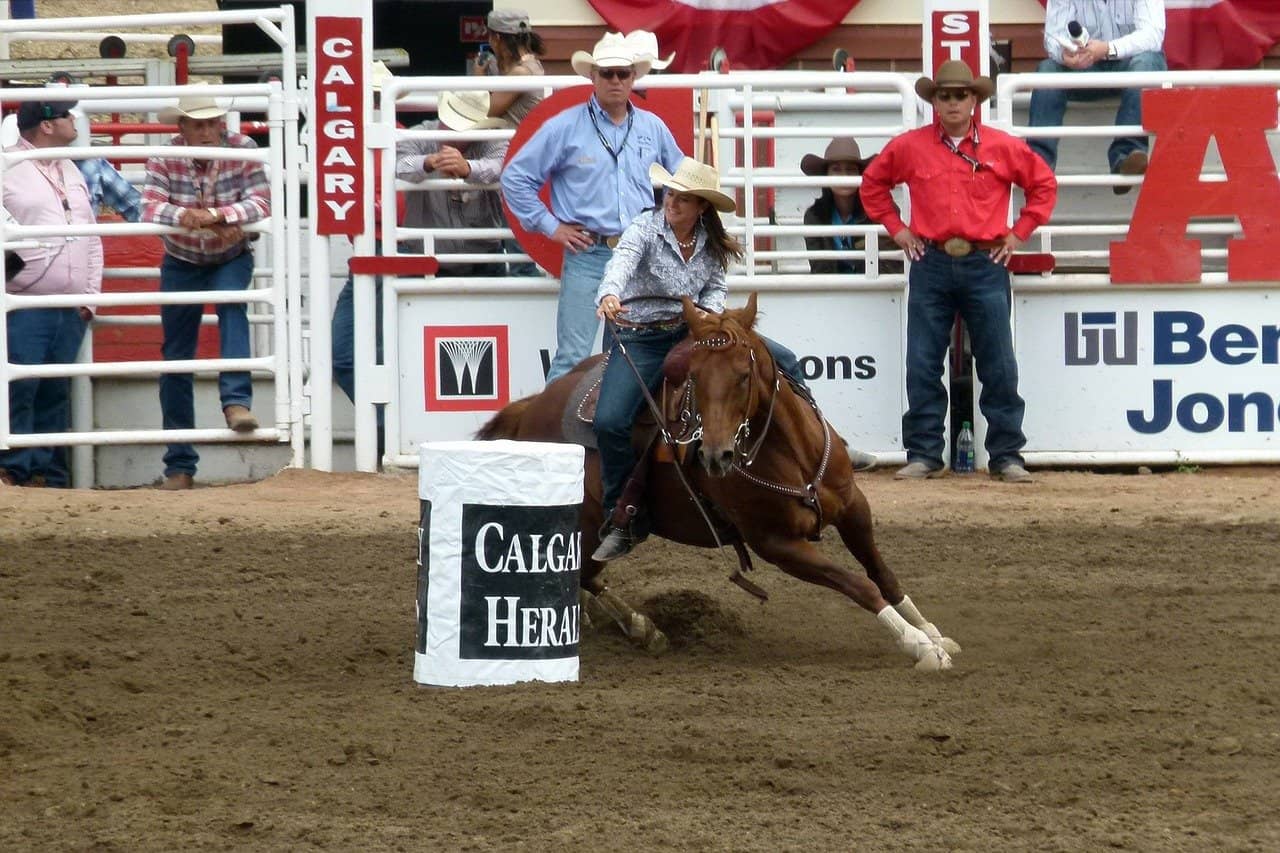 The National Gallery of Canada is home to the world’s largest collection of Canadian art. The Gallery features over 800 pieces of Canadian and Indigenous art, paintings, prints, photos, sculptures, and decorative objects dating from 5,000 years ago to 1967. Featured artists include A.Y. Jackson, Lawren S. Harris, George T. Berthon, Ruben Komangapik, Tim Pitsiulak, and Emily Carr, among others. Additionally, there are over 100 pieces currently on loan from Indigenous artists. There are also rotating exhibits that come through the National Gallery, so there’s always something new and exciting.

The National Ballet of Canada is one of the top international ballet companies. The company consists of 70 dancers and its own orchestra. It’s led by Karen Kain, who was one of the greatest ballerinas of her generation. The company is known for performing both traditional and contemporary work. The National Ballet performs annual fall, winter, and spring seasons including The Nutcracker every Christmas. There are also other ballet companies across Canada including the Royal Winnipeg Ballet (Winnipeg), Atlantic Ballet Theatre of Canada (Moncton, N.B.), Alberta Ballet (Calgary), Les Grands Ballets Canadiens (Montreal), Ballet Edmonton (Edmonton), and Ballet Jorgen (Toronto).

There are plenty of opportunities to see live theatre, no matter where you are in Canada. Mirvish Productions, based in Toronto, is the largest commercial theatre producer in Canada. Mirvish currently owns and operates four theatres in downtown Toronto—the Ed Mirvish Theatre, the Royal Alexandra, the Princess of Wales, and the CAA Theatre. Each year, the Mirvish season features seven or eight plays and musicals. Oftentimes, there is at least one Broadway National Tour on the schedule. Broadway National Tours often travel to larger cities including Ottawa, Calgary, and Toronto, where there are larger, Broadway-sized venues. In the past, shows like Dear Evan Hansen, Wicked, Les Miserables, Kinky Boots, Newsies, Matilda, and Cabaret have played at Canadian venues across the country. 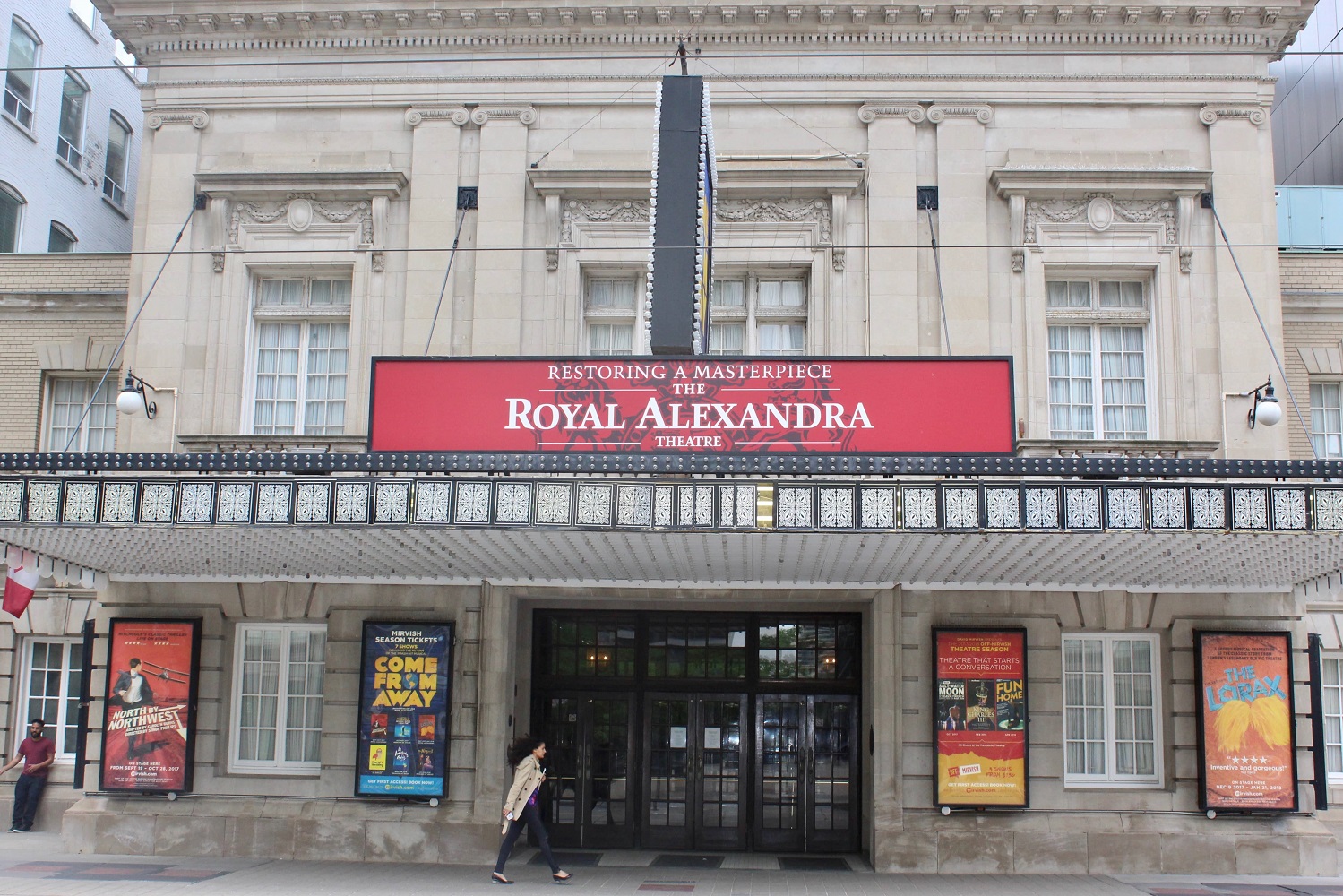 There are also many regional and local theatres across Canada that put on their own shows each season. Two of the better-known regional theatres are The Stratford Festival and the Shaw Festival. The Stratford Festival in Stratford, Ont., is known for its Shakespeare productions. The Shaw Festival in Niagara-on-the-Lake, Ont., does nine productions each season and is a combination of plays, musicals, new works, and classics. There are theatre companies in most major cities and suburbs that regularly stage classic and contemporary work. They also help with the development of new work, alongside playwrights and other creatives.

There are a lot of opportunities to see your favourite artists perform live. Many popular, globally-known artists come to Canada when they are touring. They usually perform in big cities like Toronto, Vancouver, Ottawa, and Calgary. However, artists also frequently come to smaller cities and suburbs. Hockey arenas are often used as venues for concerts. 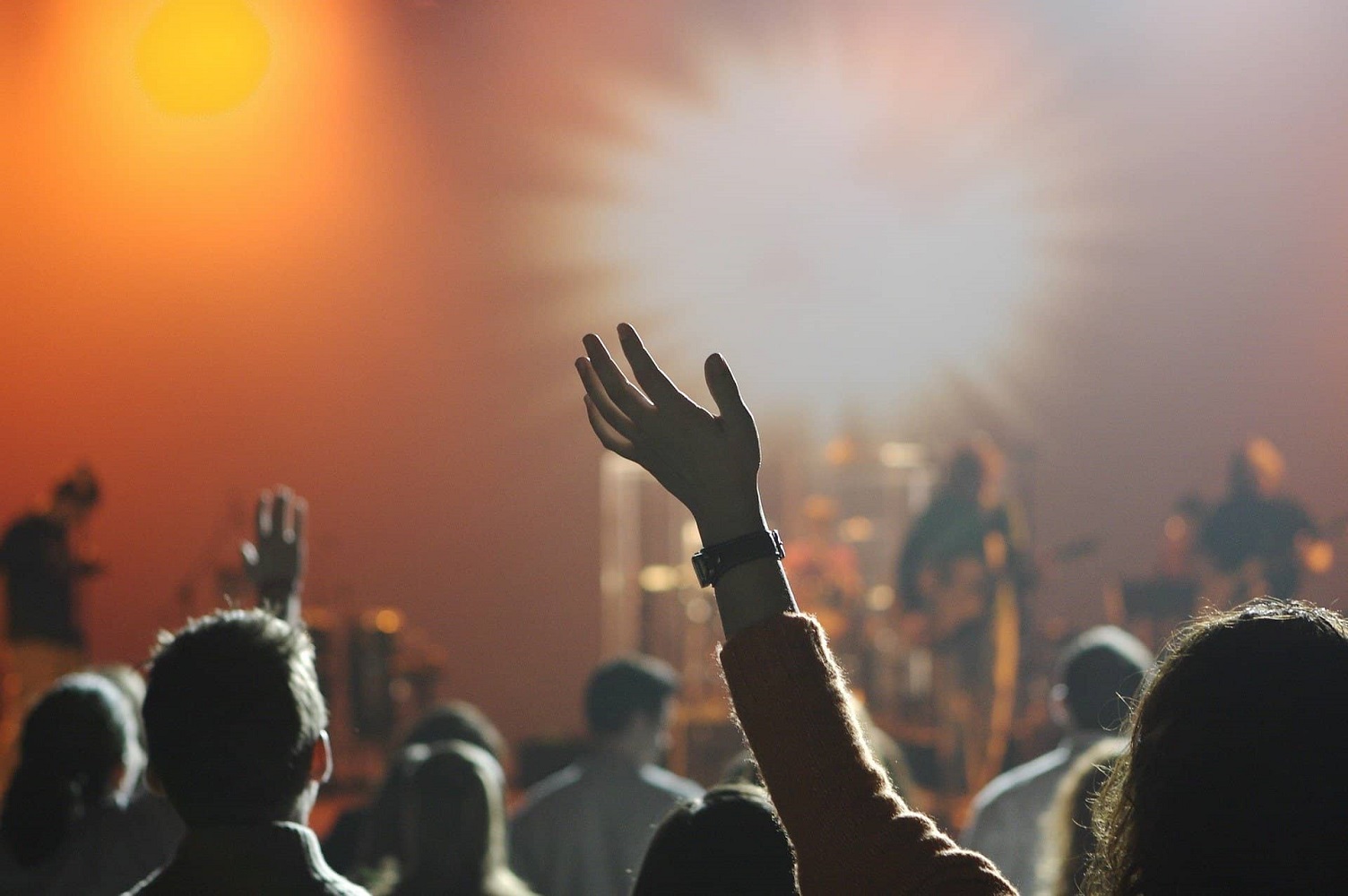 In addition to concerts, a number of music festivals take place in Canada every year. There are festivals all over the country for different types of music, from traditional Celtic to jazz to popular music. Some of the biggest festivals are:

The Kitchener-Waterloo Oktoberfest is an annual nine-day festival that begins the Friday before Canadian Thanksgiving. It is based on the German Oktoberfest, and it is the second-largest Oktoberfest celebration in the world, bringing more than 700,000 people to the region each year. It celebrates Bavarian culture, as Kitchener-Waterloo has German roots. Many who attend enjoy wearing traditional lederhosen. There are many beer-based celebrations and other events throughout the week. One of the major events is the Oktoberfest parade that is held on Thanksgiving Monday and is televised throughout Canada.

It’s no secret that hockey is a big deal in Canada. The Hockey Hall of Fame is a sports museum and hall of fame dedicated to the history of ice hockey. There are exhibits about teams, players, National Hockey League (NHL) records, artifacts, and trophies, a replica NHL dressing room, and animated versions of some of the greatest players and goalies. The Hockey Hall of Fame is also home to the coveted Stanley Cup.

No matter where you are in Canada, there are a number of ways to immerse yourself in Canadian culture. Whether you love film, theatre, music festivals, or visual art, there is something for everyone to enjoy.