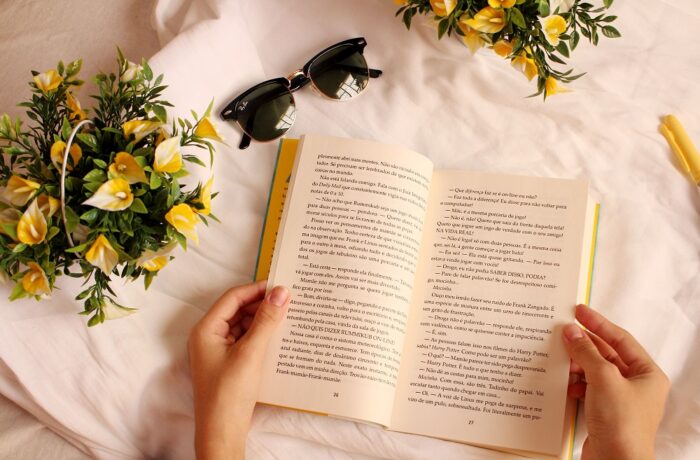 It can be lonely to constantly read books with characters and plots you can’t relate to. The Newcomer has put together a list of some young adult books that feature LGBTQ2+ characters and themes for you to enjoy and find yourself in.

They Both Die at the End by Adam Silvera

On September 5, Death-Cast calls Mateo Torrez and Rufus Emeterio with some bad news: They’re going to die today. Rufus and Mateo are complete strangers, but they’re looking for someone to spend their last day with. They meet on an app called Last Friend and they get together to have a lifetime of fun and adventure in a single day.

Simon vs. the Homo Sapiens Agenda by Becky Albertalli

Simon is 16 and gay. But nobody knows that. Simon begins emailing back and forth with a boy named Blue. One day, one of Simon’s emails falls into the hands of Martin, the class clown. Martin threatens to expose Simon’s sexual identity and the identity of the boy he’s been emailing if he doesn’t play wingman for Martin. Now, between being blackmailed, new tensions among his friends, and his emails with Blue becoming more flirtatious every day, Simon’s life is full of drama that he hoped to avoid. Simon has to find a way to step out of his comfort zone and be himself without losing his friends and his chance at happiness with Blue.

Aristotle is an angry teen whose brother is in prison. Dante is an artistic, philosophical know-it-all. When the two boys meet in the summer at the local pool, they seem to have nothing in common other than the fact that they are both Mexican American. As the boys spend more time together, they discover that they’re more alike than they think, and become very good friends. Together, they uncover important truths about friendship, family, and themselves.

The Song of Achilles by Madeline Miller

The Song of Achilles is a fresh take on the Iliad by Homer. Achilles, one of Greece’s greatest heroes, and Patroclus, an awkward young prince who has been exiled, meet by chance during the Trojan War. They become close friends and Patroclus develops feelings for Achilles. When full-scale war breaks out, Achilles is enchanted by the promise of glory. Patroclus, who loves and wants to protect his friend, follows. Along the way, the fates will test them to see where their true loyalty lies.

I’ll Give You the Sun by Jandy Nelson

A post shared by A Library of Souls and Stars (@alibraryofsoulsandstars)

In the beginning, Jude and her twin brother Noah are inseparable. Jude is a daredevil who wears bright red lipstick, cliff dives, and revels in male attention. Noah on the other hand draws constantly and is quietly crushing on the boy next door. As they enter their teen years, they grow apart as they compete for their mother’s attention, and a spot at a competitive art school. The early years are told from Noah’s point of view and the later years are told from Jude’s. When something terrible happens, the twins try to find their way back to each other and remake their world.