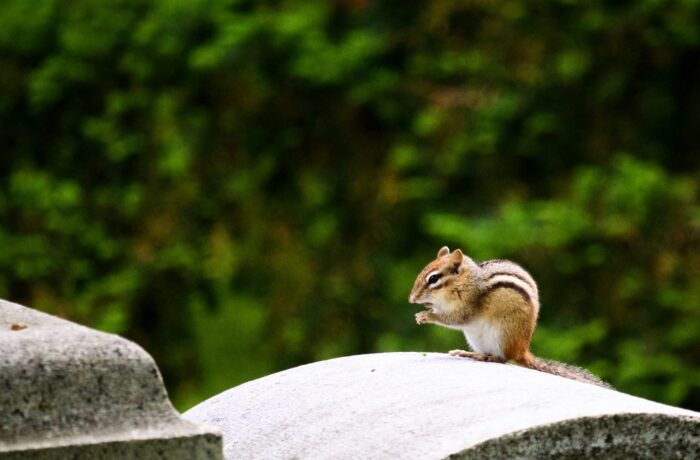 Hey kids! Canada has some amazing and cool creatures! As a newcomer, you’ve probably seen a bunch of captivating critters in your neighbourhood and wondered about them. Let’s take a look at a few of the animals you may have encountered and discuss some fun and interesting facts about them!

Over 20 different types of squirrels reside in Canada. Canada has squirrels that build nests in trees and ones that dig burrows to live underground. Contrary to popular belief, not all squirrels have fluffy tails! Ground squirrels have thin tails and hibernate during the winter, while bushy-tailed tree squirrels are active throughout the entire year.

An eastern grey squirrel (left) and a red squirrel (right)

Squirrels are found in every province and territory in Canada! The largest squirrel is the marmot, which is a ground squirrel with short and heavy limbs. Groundhogs fall into the marmot family. The smallest squirrels are chipmunks, which are striped squirrels that are omnivorous (feeding on plant and animal matter including seeds, nuts, worms, small frogs, and bird eggs). 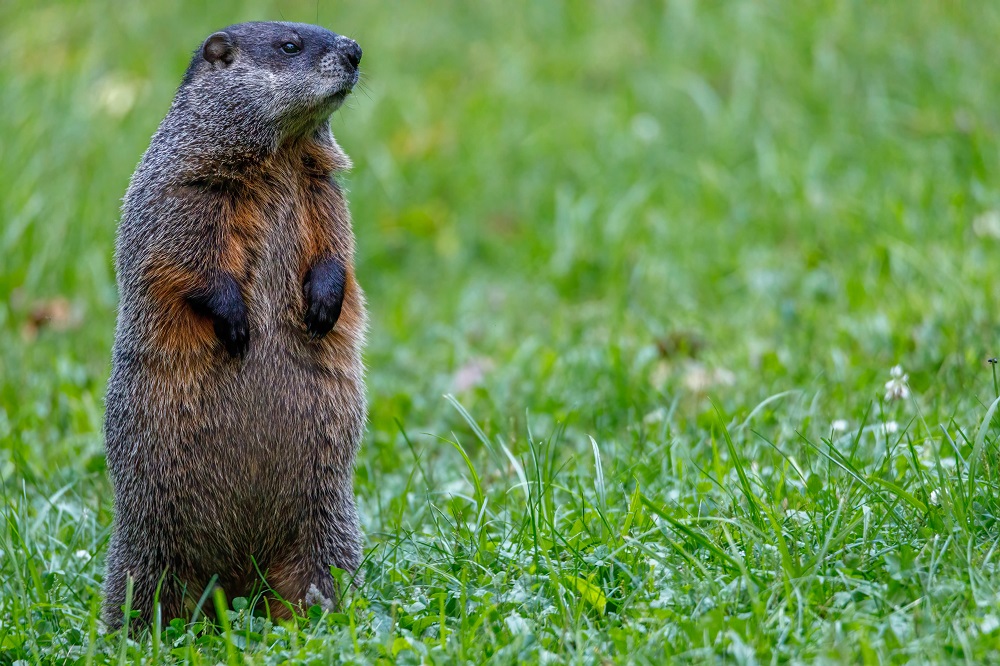 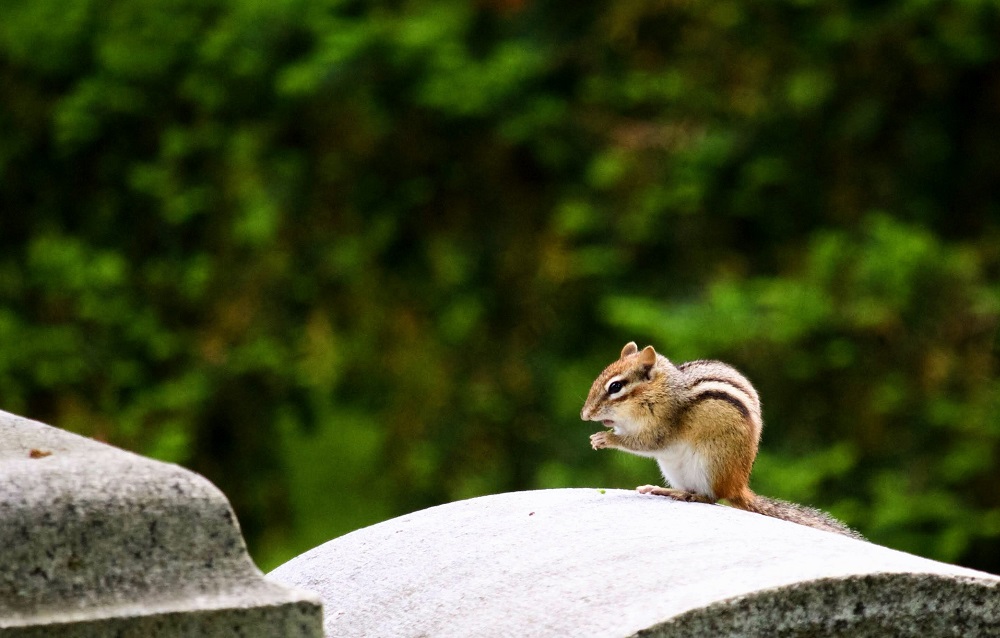 Caption: A groundhog (left) and a chipmunk (right)

This beautiful creature is Canada’s only marsupial. While people often use “opossum” and “possum” interchangeably, possums are smaller than opossums, have furry tails, and live in China, Australia, New Guinea, and New Zealand. Opossums have hairless tails, white faces, black eyes, and are only found in North America. While there are a variety of possum species, there is only one opossum species: The Virginia opossum.

Opossums are about the size of a cat, and have tails that are prehensile, which means these tails help them to grasp items and climb. It’s a myth that opossums use their tails to sleep upside down. Their tails don’t have the muscular structure to support their entire weight for longer than a moment or two.

Don’t let that cute face fool you—they are intelligent! Raccoons are clever scavengers and excellent swimmers. They rely on their sense of touch to locate food. Their front paws have sensory receptors that allow them to tell apart objects without seeing them. When raccoons eat near a water source, they wash food by dunking it in water and rolling it in their palms. This behaviour allows them to gain precise information about what they are about to eat. 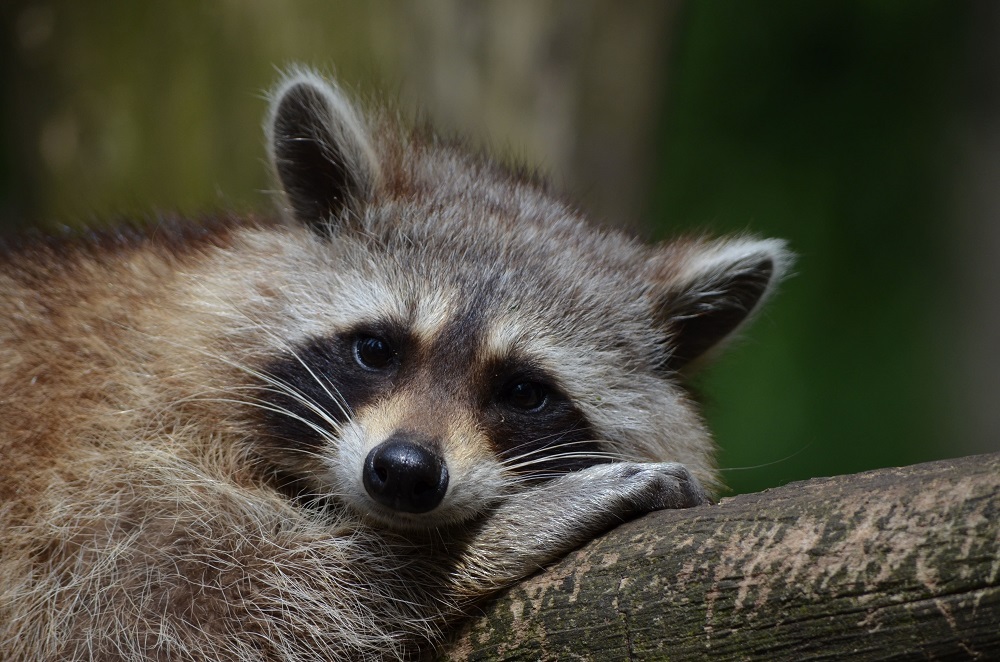 Raccoons have an omnivorous diet. They can be found in all of Canada’s provinces except for Newfoundland. There are three species of raccoons that exist in the world, with the “common raccoon” (Procyon lotor) as the most widely found species.

Our last creature can get a little stinky. This mammal can be easily identified with its black and white fur. Skunks are not aggressive, but can shoot a smelly, oily substance when they are frightened. Before spraying its victim, a skunk will turn its back, raise its tail, hiss, growl, and stomp its feet.

If you get sprayed by a skunk, mix four cups of hydrogen peroxide, 1/4 cup of baking soda and a teaspoon of liquid dishwashing detergent. Dip a rag in the mixture and scrub yourself, avoiding your eyes. Then, take a shower.

Like raccoons, skunks are nocturnal and omnivorous. They don’t have very good eyesight but have a great sense of smell and hearing. Skunks are especially fond of eating insect larvae, crickets, and grasshoppers in the summer. They will also eat wasps and bees by stomping on them with their front feet.

Hope you enjoyed getting to know these cool creatures in Canada!