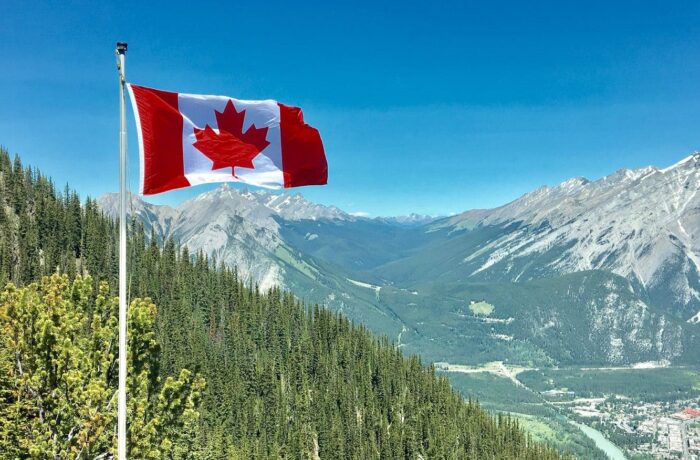 A guide to Canada’s provinces and territories

The premier is the head of a province or territory’s government. The Constitution Act, 1867 outlined Canada’s government structure and the division of powers between the federal and provincial governments. The federal government, led by the prime minister (currently Justin Trudeau of the Liberal Party of Canada), deals with issues that affect the whole country such as foreign affairs, the military, and criminal law. Provinces have constitutional powers, meaning provincial governments are responsible for things like education, healthcare, and some natural resources.

Territories do not have constitutional powers—instead, they have delegated powers under the authority of the Canadian Parliament, which means that Northern Canada is mostly governed by federal officials. This has been changing slowly over the past 40 years, as more decision-making abilities are transferred to territorial governments.

This article will provide basic information about each province and territory, including its population, cultural and geographical features, and current government (as of January 2021). All population data is according to the 2016 Census from Statistics Canada.

Cost of living depends not only on the province or territory you live in, but also on the city or town. Canada Buzz, a website with financial information for Canadians, has an article breaking down the average cost of living by province. Approximate costs of living in different cities in Canada can be found at Numbeo.com.

Note that Indigenous populations, the first peoples on this land, have a distinct history and presence in every region.

Canada’s westernmost province, British Columbia, is on the Pacific coast. Due to warm airstreams from the Pacific Ocean, Western Canada has a milder climate than the rest of the country.

British Columbia is known for its landscape: mountain ranges, tall forests, and coastal islands. Vancouver is the commercial, cultural, and industrial centre of the province, and one of Canada’s most ethnically diverse cities. Outdoor recreation activities like skiing, hiking, and camping are very popular in B.C.

Major sites include Stanley Park in Vancouver, the Canadian Rocky Mountain Parks (a UNESCO World Heritage Site which B.C. shares with its Alberta border), and the Haida Gwaii islands off the north coast.

B.C.’s major industries include forestry, mining, technology, and tourism. The current premier is John Horgan of the New Democratic Party of British Columbia. 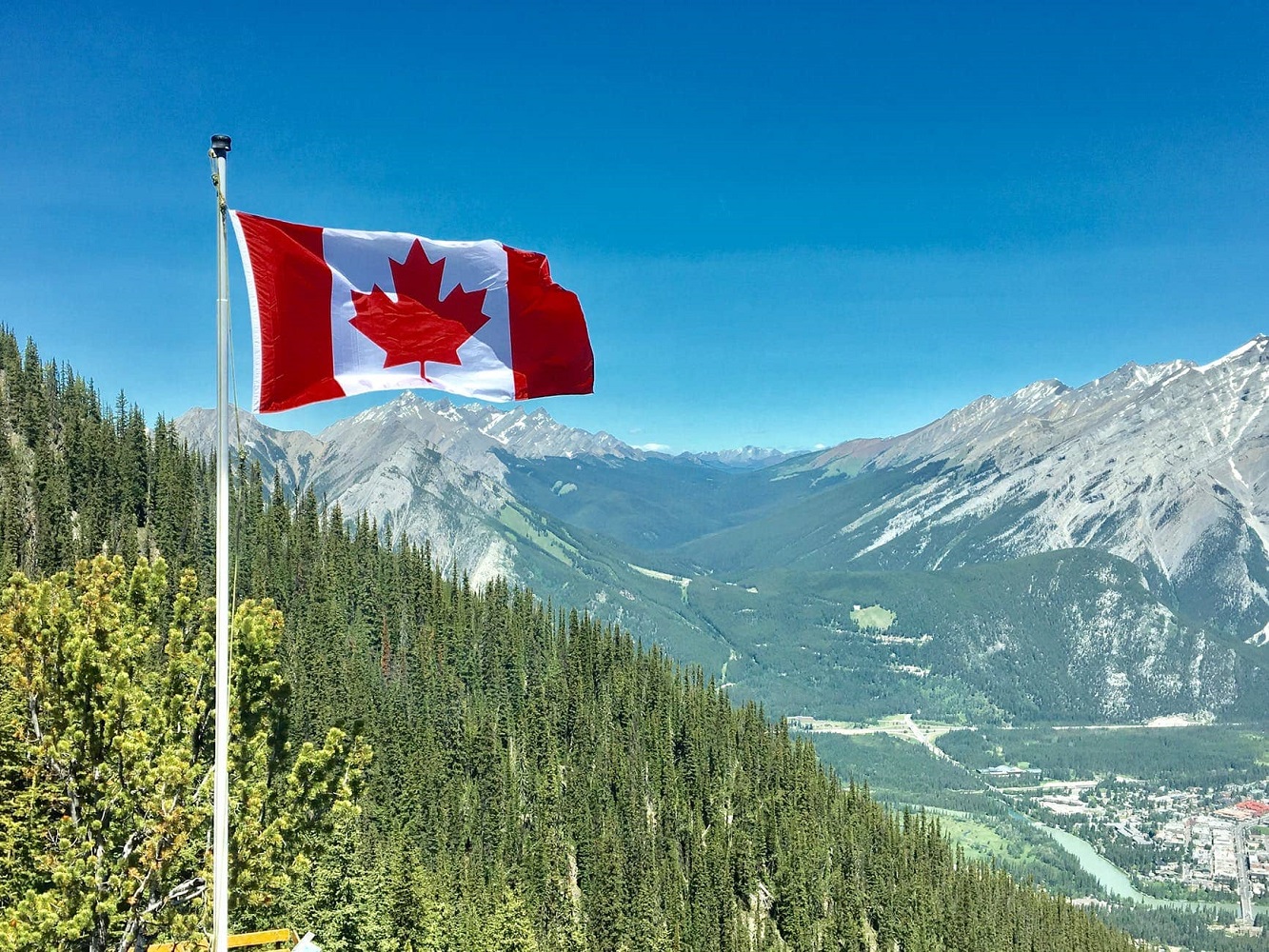 The Prairies have significant energy resources and farmland. The climate is dry, with cold winters and hot summers.

Alberta is the furthest west of the Prairies, and most of its landscape is Prairie grasslands. It has Canada’s largest deposits of oil and natural gas. The northern oil sands are being developed as a major energy source. The Rocky Mountain range makes Alberta a popular spot for skiing and hiking.

The Calgary Stampede is a 10-day rodeo and cultural festival held every July in the largest city, Calgary. The West Edmonton Mall is Alberta’s main tourist destination, containing hundreds of stores and restaurants, as well as its own hotels and attractions.

Alberta is known mainly for its oil and gas industry. Other major industries include agriculture (especially cattle) and aviation. The current premier is Jason Kenney of the United Conservative Party.

Saskatchewan is a landlocked province between Alberta and Manitoba. The southern half of Saskatchewan is grassland, and it is one of the biggest producers of wheat in the world. It is known for its outdoor activities, like fishing and hunting.

The headquarters of the Royal Canadian Mounted Police are in Saskatchewan’s capital, Regina. Prince Albert National Park is one of the most popular tourist sites, where people go birdwatching, cross-country skiing, and horseback riding.

Saskatchewan’s major industries include agriculture, energy, and mining. The current premier is Scott Moe of the Saskatchewan Party. 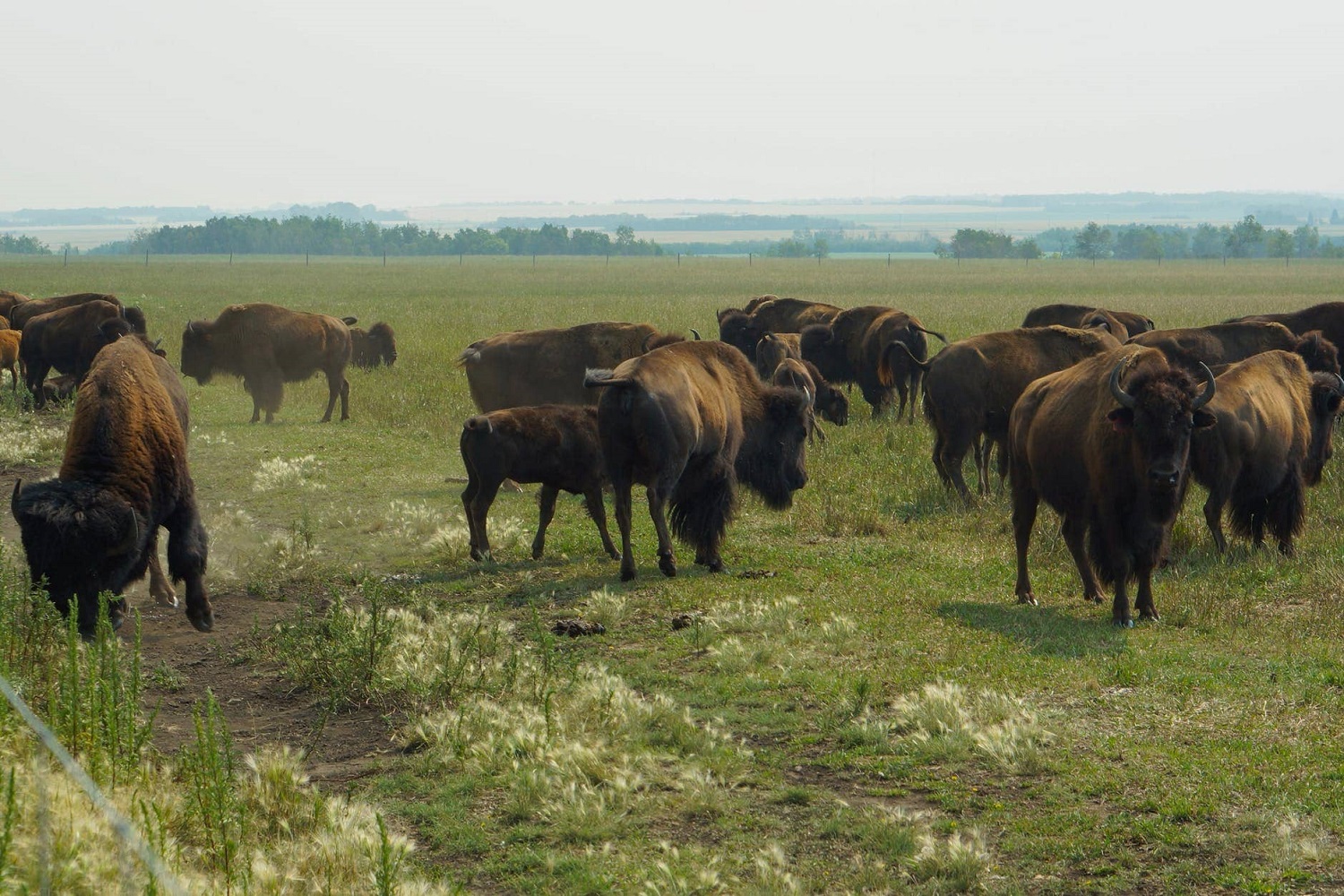 Manitoba is the furthest east of the Prairie provinces. Its population is concentrated in the southwestern corner, where most of its usable land is. Freshwater is Manitoba’s main resource.

Winnipeg and Churchill are the two major cities. Churchill is the “polar bear capital of the world” and is one of the best places in the world to observe the Northern Lights.

Manitoba’s major industries include advanced manufacturing, agriculture, and energy. The current premier is Brian Pallister of the Progressive Conservative Party of Manitoba.

Southern Ontario and Quebec are part of North America’s industrial and manufacturing hub. More than half of Canada’s population lives in these provinces along the Great Lakes or St. Lawrence River. They tend to be cold in the winter and hot and humid in the summer.

Ontario has the largest population of all the provinces and territories and is home to Canada’s capital, Ottawa. Toronto, the most populated city in Canada, is one of the most multicultural cities in the world.

This province is known for places like Algonquin Provincial Park and the Canadian side of Niagara Falls. The CN Tower, a 553-metre-high building where people can observe Toronto from above, is one of the top tourist destinations in the world.

Ontario’s major industries include manufacturing and services (such as business and finance, science and technology, and arts and culture). The current premier is Doug Ford of the Progressive Conservative Party of Ontario. 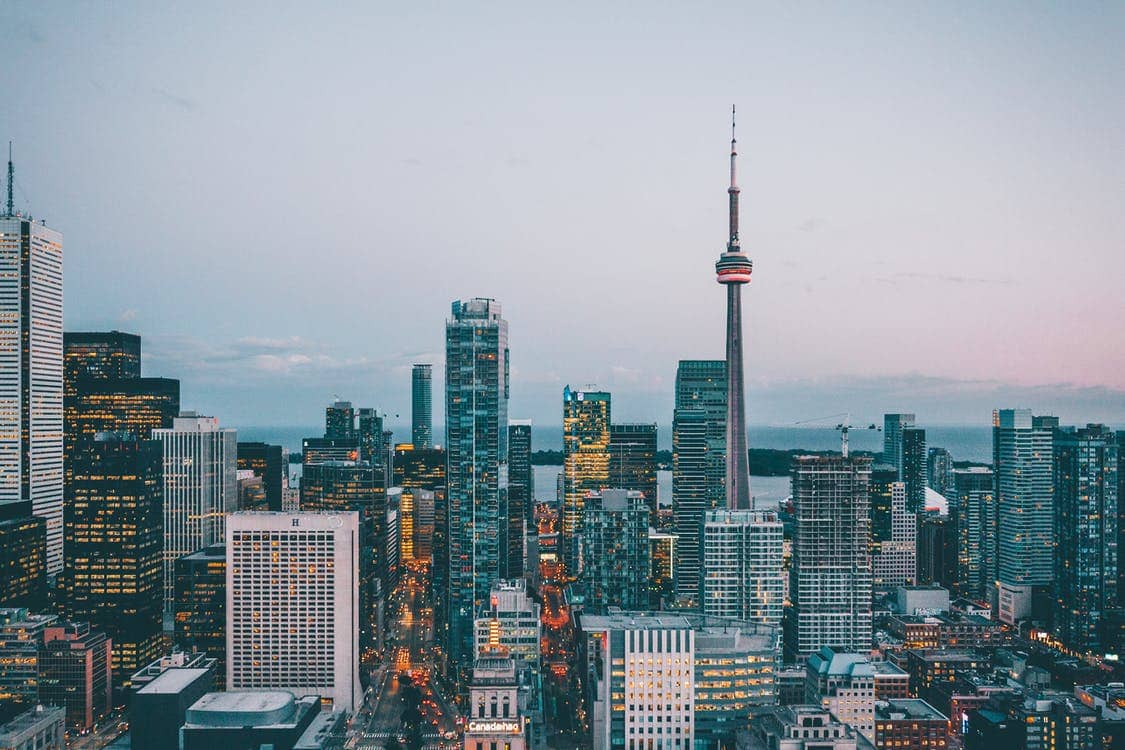 Quebec is known for its French culture and language. It is the largest province in Canada geographically, and its freshwater supply makes it Canada’s biggest producer of hydroelectricity. Like Ontario, Quebec is a hub for the arts such as film and theatre.

The capital, Québec City, is known for its resemblance to old European walled cities. Canada’s second-largest city, Montréal, has many attractions, like the Mont Royal mountain and the Old Montréal neighbourhood at the port. Mont-Tremblant is a popular skiing spot.

The eastern part of Canada borders the Atlantic Ocean, and it is characterized by its cool winters and cool, humid summers. New Brunswick, Nova Scotia, and Prince Edward Island are collectively known as the Maritimes, and Newfoundland and Labrador is the easternmost province.

New Brunswick connects the rest of the Maritimes to Canada. It is the only officially bilingual province. About one-third of the population speaks French as their main language. Moncton is the largest city and the center of Acadian culture. Acadians are French Catholics who settled in the Maritimes in the seventeenth and eighteenth century.

The Bay of Fundy (which New Brunswick shares with Nova Scotia) has the highest tides on earth and interesting geological features. The New Brunswick coastline is famous for its lighthouses.

New Brunswick’s major industries include forestry, fishing, and mining. The current premier is Blaine Higgs of the Progressive Conservative Party of New Brunswick.

Nova Scotia is located on the southeastern coast. Halifax is Canada’s largest east coast port and has the largest naval base in the country.

Cape Breton, an island to the northeast of mainland Nova Scotia, has many popular cliffs, trails, and historic sites. Well-known sites in the province include the Halifax Waterfront and Peggy’s Cove lighthouse and village. Nova Scotia is famous for its seafood, especially lobster.

Traditionally, Nova Scotia’s major industries are connected to natural resources like fishing and forestry. Recently, its economy has begun to rely more on tourism and other service industries. The current premier is Stephen McNeil of the Nova Scotia Liberal Party.

Prince Edward Island (PEI) is the smallest province, located in the Gulf of St. Lawrence and connected to the mainland by a long bridge.

PEI has unique red soil and many beaches. It is known as the setting of the classic Canadian book Anne of Green Gables by Lucy Maud Montgomery.

Newfoundland and Labrador is physically divided into two land masses, the smaller island of Newfoundland (the easternmost region of Canada, where most of the province’s population lives), and the larger mainland of Labrador. It is the “youngest” of the provinces, joining the Confederation in 1949.

Only about three per cent of Canada’s population lives in the Northern territories, but they make up 40 per cent of the country’s land mass. A lot of the land is tundra (the rocky Arctic plain), and the soil is permanently frozen. Winters are long and cold, and summers are short and cool.

Yukon is in the northwestern corner of Canada, and it is surrounded by mountains. Historically, it is best known as the place that attracted thousands of miners in search of gold, during the Klondike Gold Rush in the 1890s. Whitehorse, Yukon’s only city, is in the southern part of the territory.

Kluane National Park and Reserve is home to Mount Logan, the highest mountain in Canada. Whitehorse is connected to Alaska by the White Pass & Yukon Route Railway.

Yukon’s major industries include mining, energy, and increasingly, tourism. The current premier is Sandy Silver of the Yukon Liberal Party.

Yellowknife is known for the Northern lights and “midnight sun” (the sun shines all night in the Arctic during the summer) as well as the Nahanni National Park Reserve, which is a UNESCO World Heritage site.

Major industries in the Northwest Territories include mining, oil, and gas. The current premier is Joe Savikataaq. It is a consensus government, which means that the premier is elected without belonging to a political party.

Nunavut, which means “our land” in Inuktitut, is the largest and northernmost territory. It was separated from the Northwest Territories and established as new territory in 1999. Approximately 85 percent of the population is Inuit, and Inuktitut is one of their official languages. Nunavut is not accessible by car, so most people travel there by ship or aircraft.

Nunavut is known for its Inuit artwork and textiles, some of which is displayed in the Nunatta Sunakkutaangit Museum in Iqaluit. The territory has unique arctic landscapes and wildlife.

Nunavut’s major industries include crafts, mining, fishing, and hunting. The current premier is Caroline Cochrane. Like the Northwest Territories, Nunavut is a consensus government.