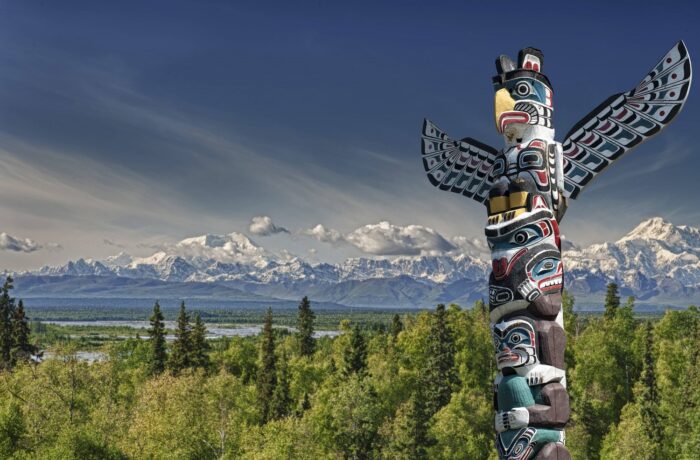 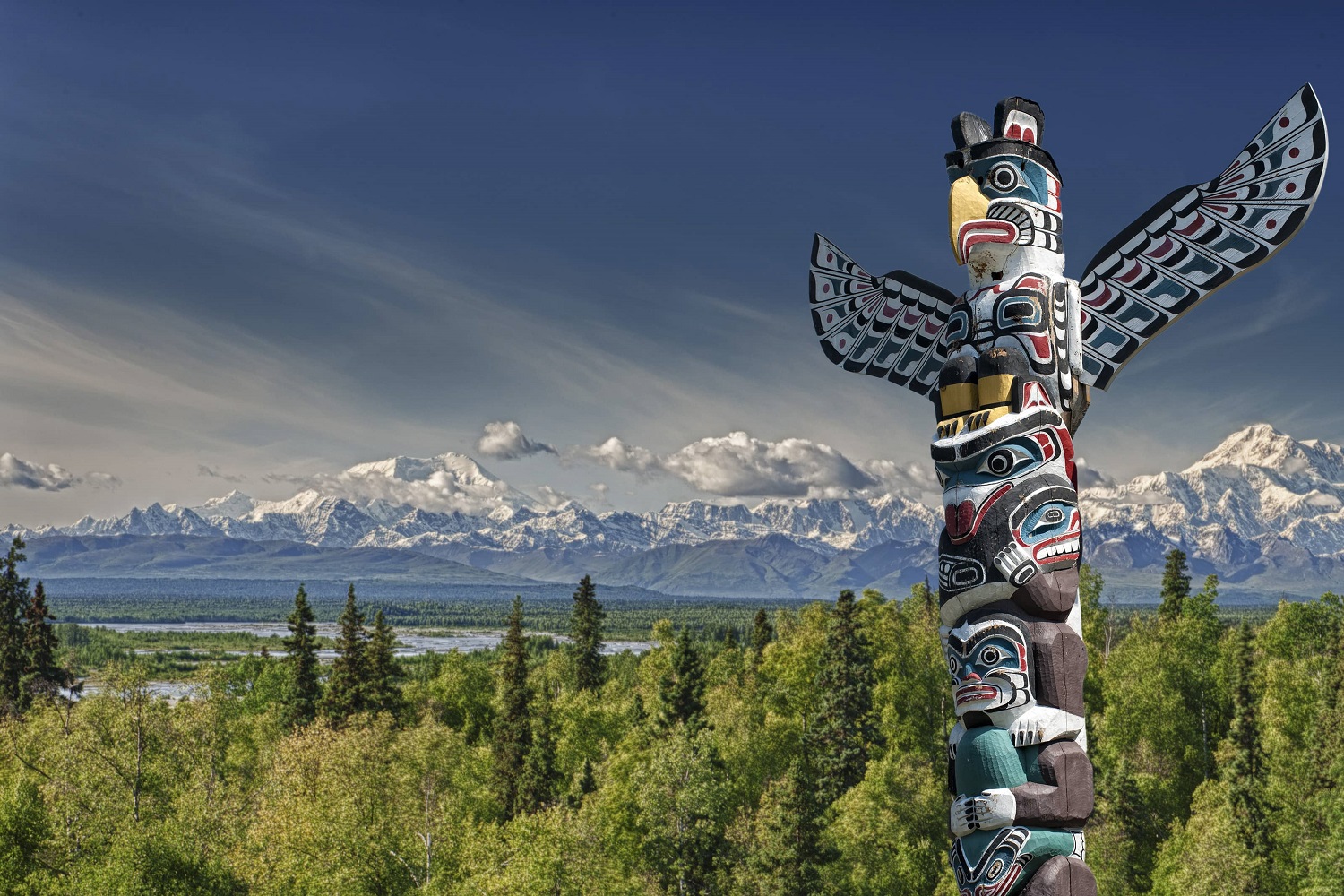 According to Historica Canada, Canada’s largest organization dedicated to raising awareness of the country’s history and citizenship, the first reported presence of humans in the northern part of North America (modern-day Canada) dates back to 18,000BCE–10,000BCE. In Canada, the descendants of these humans are referred to as the Indigenous people of Canada. The Indigenous people of Canada are not just one group of people but many different nations and groups. These groups include the First Nations, the Inuit, and the Métis.

Estimates about the exact number of Indigenous people living in Canada before continued contact with the Europeans vary. Some estimate that there were around 350 000 to 500 000 while others estimate that the population was as high as 2 million.

The beginning of the relationship between the Canadian government and the Indigenous people of Canada started with the first interactions between European settlers and the different Indigenous groups across Canada. At this time (around 1500 CE), many European countries were coming to North America in pursuit of riches and resources. 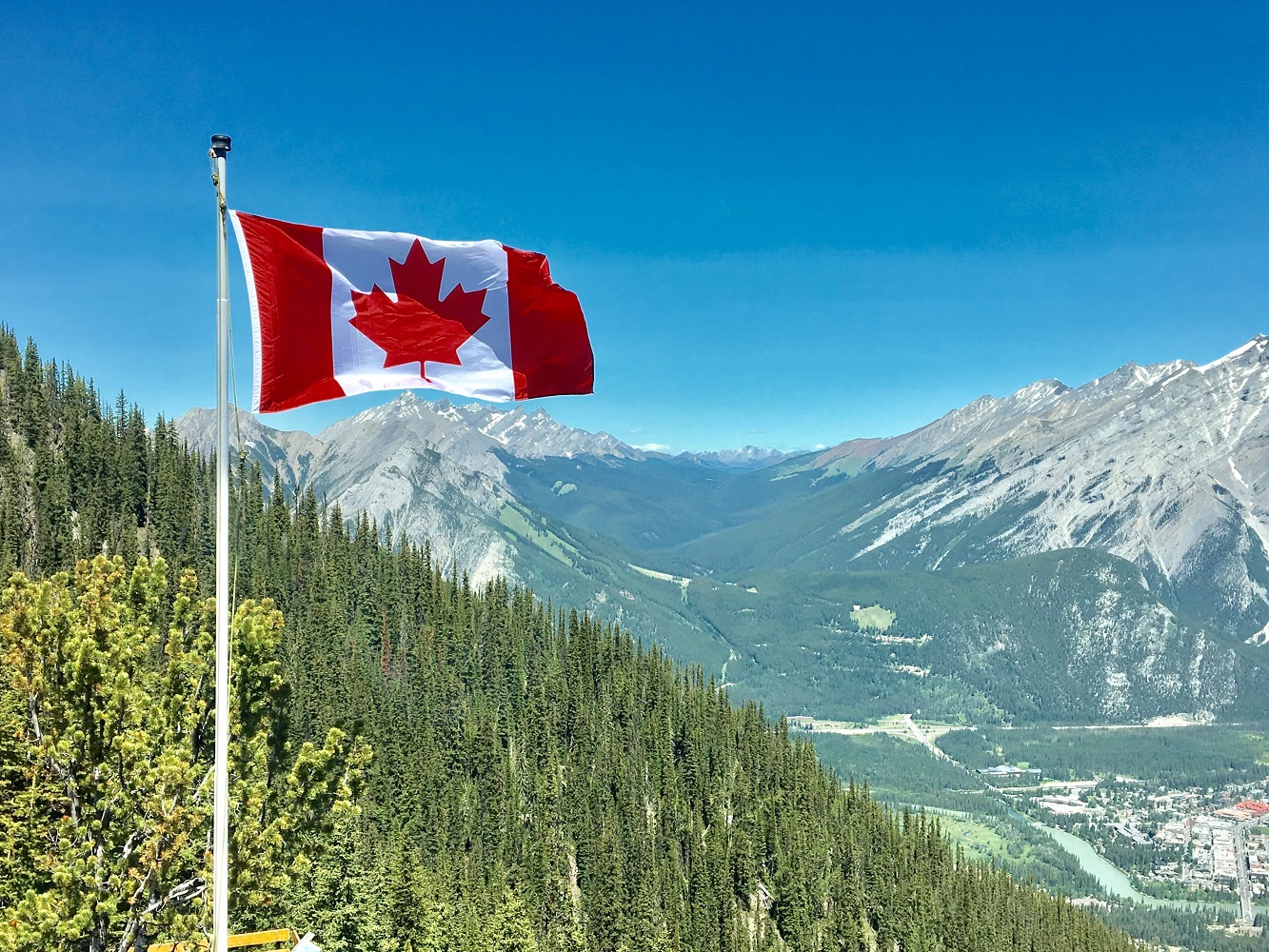 The European settlers who came to Canada believed in the doctrine of discovery, a law that was used to support colonization. The doctrine of discovery basically stated that European settlers have the right to claim lands on behalf of their countries if these lands are not inhabited by Christians. This doctrine was the foundation of discriminatory and racist practices against Indigenous people by European settlers. This foundation is still used in modern day court cases to further deny Indigenous people of their rights and squash land disputes.

Mutually beneficial partnerships were formed, and agreements such as treaties were made. These partnerships created rich markets like the fur trade, which involved European settlers and different Indigenous groups across Canada. However, this relationship began to weaken because European hunters took an unsustainable amount of resources from Indigenous communities to increase their profits.

The Indigenous people of Canada were also crucial allies of French and British settlers who fought for control of the territory that is modern-day Canada. These partnerships were not always peaceful, and the interactions resulted in the death of many Indigenous people, as they were infected with diseases like smallpox, tuberculosis, and measles.

In 1763, the Seven Years War ended, and the French transferred their territories in Canada over to the British. That same year the Department of Indian Affairs was created by the British settlers, and government officials called Indian Agents became the main point of contact between the Canadian government and the Indigenous people of Canada.

Shortly after this time, the relationship between Indigenous peoples and the settlers changed immensely. Until this point, their relationships had been based on shared business and military interests. But as the landscape of North America changed, their relationship changed too. After the American Revolution (1775– 1783), Canada received a wave of 30 000 British loyalists as well as many Indigenous people whose land had been taken from them and who were now looking for new homes. The government struggled to accommodate these requests for land and gave Indigenous lands to these new settlers. Meanwhile, Indigenous people were given territory already owned by or ceded to existing Indigenous groups. The Tuscarora-Iroquois, who left the United States, were placed with the other five Iroquois Confederacy tribes in just a small percentage of the land they were promised in the Haldimand tract.

After the War of 1812, new settlers demanded land which led to further displacement of Indigenous nations, as their land was increasingly used for European settlement. Indigenous land was also given away for free to attract more settlers. Also, now that the threat of invasion was gone from the French and Americans, the government no longer had any interest in maintaining military alliances with Indigenous people. Plus, the Hudson’s Bay Company, the biggest fur trading company in North America at the time, cut Indigenous people out of their chain of transactions in the fur trade. Due to these changes, there was no need to maintain a commercial or military alliance with Indigenous people. 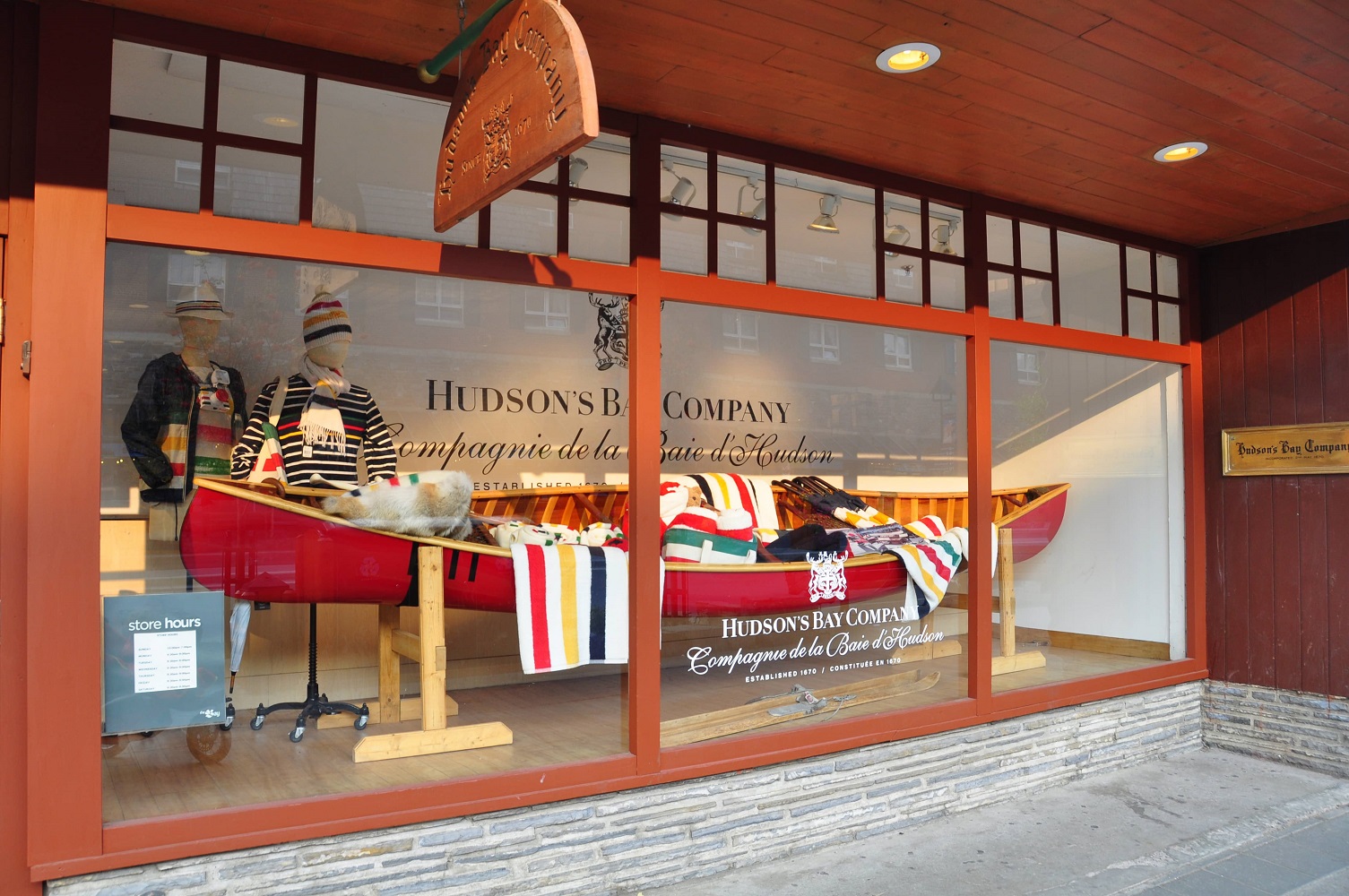 The relationship quickly changed from one of alliance and partnership to something more sinister. The government began to view Indigenous people as “dependants” and believed their existence slowed down Canada’s progress and expansion. The different laws passed at the time reflect this perspective. The Gradual Civilization Act (1850) offered 50 acres of land to Indigenous people who chose to abandon their traditional lifestyle and culture to adopt a Western way of life.

This desire to change and assimilate Indigenous people was an ever-present goal of European settlers, but this goal became clearer now that the help of Indigenous nations across Canada were no longer needed for their growth.

Confederation of Canada and the Numbered Treaties

On July 1st, 1867, three colonies united to become the Dominion of Canada. The Dominion of Canada would now have its own government and systems, under the British monarchy. During this process, Indigenous people were not invited to participate, and their rights to land and resources were overlooked.

At this time, many Indigenous nations suffered from poverty and poor living conditions as a result of the increasing European settlement and the loss of their traditional way of life. The Indigenous leaders signed these treaties in hopes of securing a better life for themselves and their descendants. It’s also worth mentioning that many Indigenous leaders did not understand the true meaning of the agreements they were signing. The written documents were not translated properly for the Indigenous leaders, and as a result they were tricked into signing documents they did not fully understand. Sadly, most of the promises the Government made to Indigenous people in these treaties are still unfulfilled, and the living conditions for Indigenous people across Canada continue to worsen.

Shortly after Confederation, The Indian Act was created. This act is the primary law the Canadian government uses to control First Nations people and still affects their communities today. At first, The Indian Act did not include the Inuit and Métis despite them also being the first peoples of Canada. However, the Government of Canada had other departments, such as the Aboriginal Affairs and Northern Development Canada, which were used to control and assimilate different Indigenous groups like the Inuit.

The Indian Act is just one example of how the Canadian government uses the law to control Indigenous people. The Indian Act was changed nearly every year from 1876 to 1929. These changes focused on assimilating Indigenous people by breaking down their culture and livelihoods. Scholars such as William B. Henderson, an attorney and writer who specializes in Indigenous law, said the Act has enabled “human rights violations and social and cultural disruption for generations.”

The Indian Act legislated residential schools in Canada. Residential schools, which were operated by churches in Canada, were designed to forcefully assimilate Indigenous children into Canadian culture. The children were taken from their homes and sent to these boarding-style schools, where they were forced to abandon their traditional ways of life and culture. Children were forbidden from acknowledging their heritage or speaking their language. The schools also renamed the children and cut their hair.

Many horrible things also happened in these schools. Many children were physically, emotionally, sexually, and psychologically abused, and many died horrible deaths at these places. The living conditions at these schools were so horrible that some children died trying to escape them such as Chanie Wenjack.

Indigenous children were given low-quality education, and they were only taught until Grade 5. They were trained in manual labor jobs such as farming, domestic work, and woodwork. Many attended school part-time and worked for the school for free the majority of the time.

These schools disrupted Indigenous communities and broke down the family structure. Indigenous Foundations, an organization at the University of British Columbia dedicated to Indigenous history and learning, discussed this in more detail on their website, saying that “because they were removed from their families, many students grew up without experiencing a nurturing family life and without the knowledge and skills to raise their own families.”

The last residential school closed in 1996, but many Indigenous people are still facing the damaging effects left behind by these schools today. This is a dark part of Canada’s history, but it wasn’t the only injustice caused by The Indian Act.

This Indian Act also banned important First Nations cultural practices such as the potlatch and the powwow. These were fundamental aspects of the Indigenous way of life and spirituality. 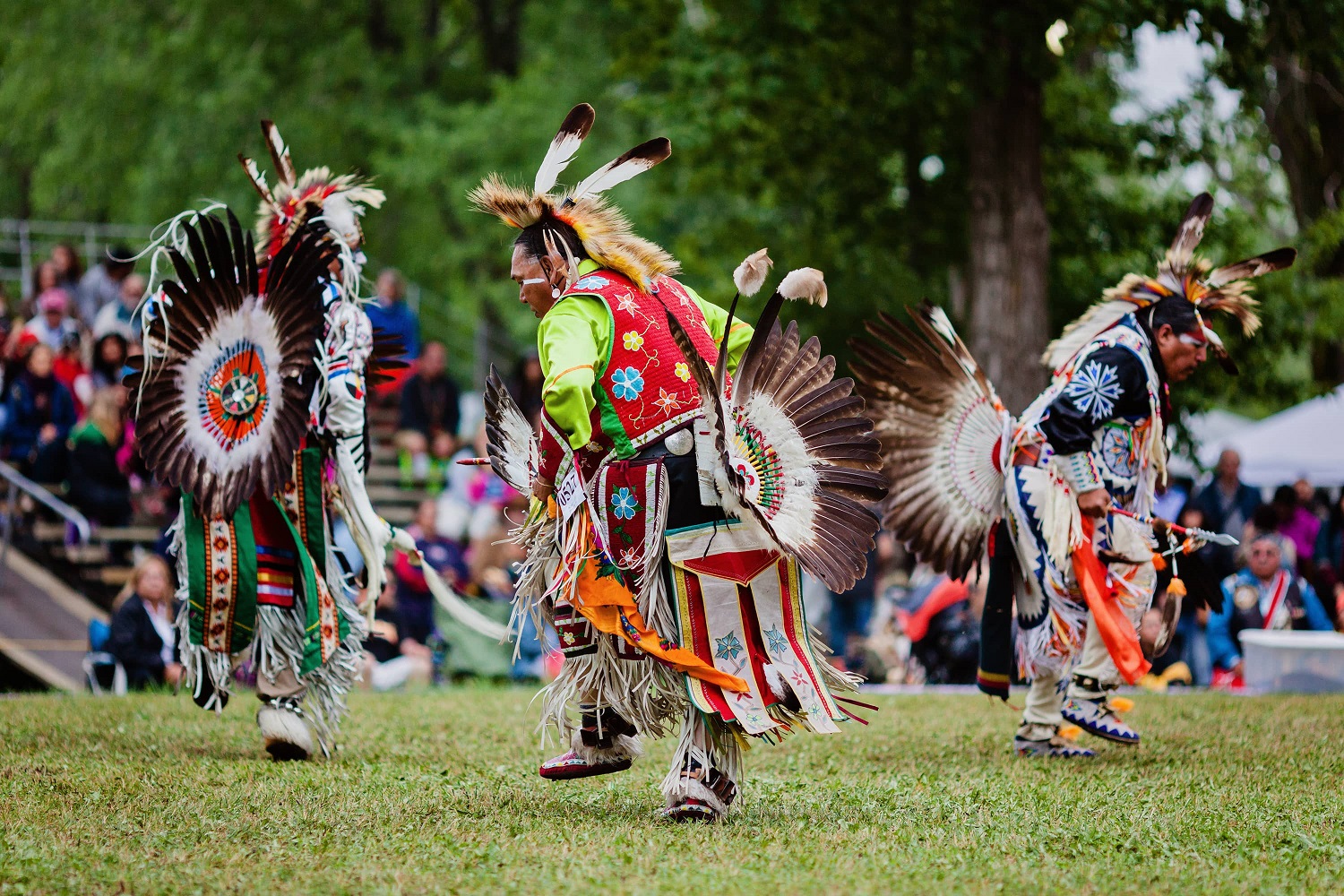 The Act also removed traditional Indigenous governance and political structures, forcing Indigenous people to implement political organizations approved by the colonists. Women, who once had a crucial role in these systems, were banned from participating.

3. Making decisions regarding the tribes without tribal input

The Indian Act created a status system that decided who was given “Indian Status” without input from Indigenous nations. They used this power to decrease the population of people with Indian Status. At one point in time, women who married non-status people lost their Indian status along with their children.

The Act also gave Indian Agents the power to make decisions for Indigenous people and communities which were often oppressed. For instance, Indian Agents banned the butchering of cattle during times of hunger and prevented the sale of beef, grain, and bison without their approval.

These are just some of the many ways that The Indian Act was used to destroy Indigenous culture and way of life, but there are many more that exist.

Sadly, The Indian Act still exists to this day, and the discriminatory view of Indigenous people by the government and Canadians also still exists.

Many Indigenous people are living in poor conditions in communities with no clean water, housing, or jobs right here in Canada.

The relationship between the Indigenous people of Canada and the government has been one marked by loss, discrimination, and broken promises. Many Indigenous people refer to the actions and policies carried out by the Canadian government as “genocide,” as these actions wiped out entire communities and ways of life.

As someone living in Canada on the traditional territories of these Indigenous groups, it’s important to acknowledge the stories and the continued struggle of Indigenous people in Canada. We hope that this information will help you gain an understanding of the relationship between the Indigenous people of Canada and the Canadian government.

This article did not cover many of the events that impacted Indigenous people in Canada. If you’re interested and would like to learn more, you can check out these resources below. This article provides a list of Indigenous terms and its definitions and explains how to use them.

What is the doctrine of discovery?:
https://united-church.ca/social-action/justice-initiatives/reconciliation-and-indigenous-justice/doctrine-discovery

What was the sixties scoop?:
https://indigenousfoundations.arts.ubc.ca/sixties_scoop/

What were residential schools?:
https://www.thecanadianencyclopedia.ca/en/article/residential-schools

The Fur Trade in Canada:
https://www.thecanadianencyclopedia.ca/en/article/fur-trade

Who are the First Nations?:
https://www.thecanadianencyclopedia.ca/en/article/first-nations

Who are the Inuit?:
https://www.thecanadianencyclopedia.ca/en/article/inuit

Who are the Métis?:
https://indigenouspeoplesatlasofcanada.ca/section/metis/