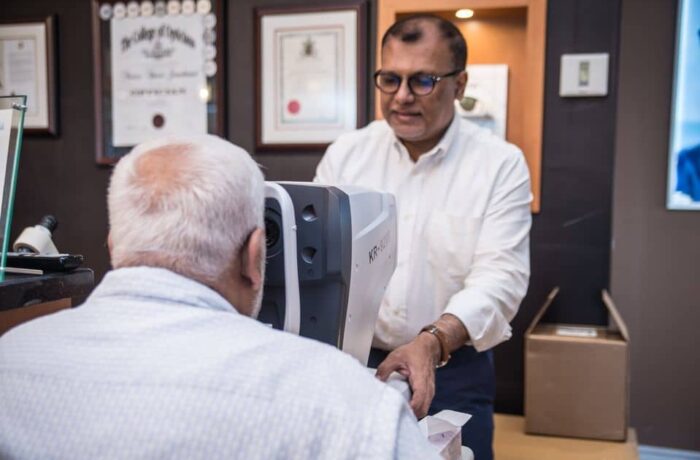 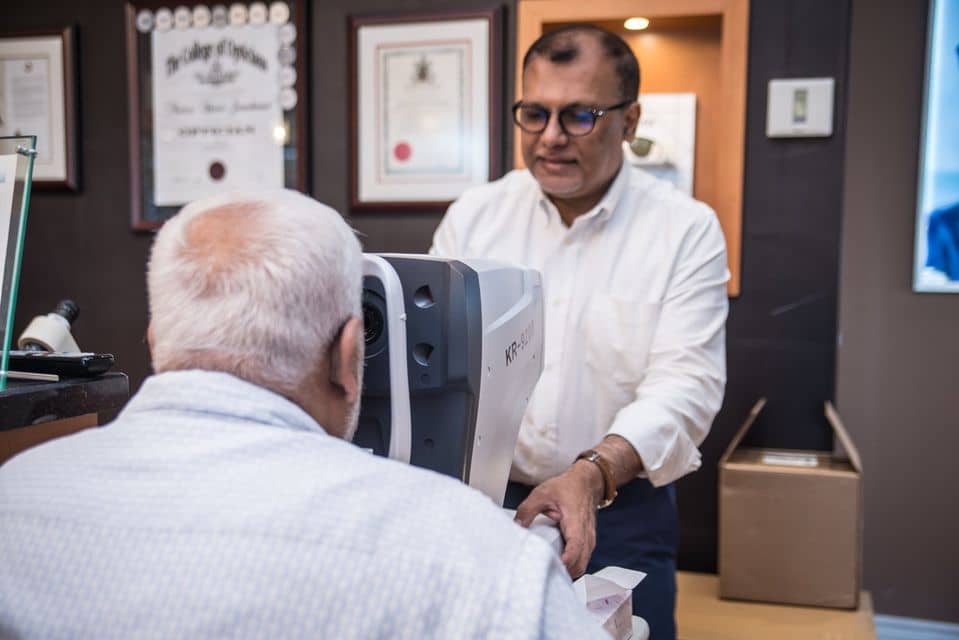 Opening a business is a risky move for anyone. Starting a business means investing countless hours of dedication and energy to making sure everything goes smoothly. Murtaza Janmohamed knows the realities of opening a business well. Since opening his eyewear shop, called Crystalline Eyewear, in 2011, he has seen a lot of success. However, he has not forgotten the difficult road he had to take to get there.

Janmohamed was born and raised in Kenya. When he completed high school, he moved to England to pursue an optician’s degree. After completing his program, he returned to Kenya where he opened his first eyewear store and eventually started a family. After having three kids, he and his wife decided to move to Canada in hopes of providing a better future for their young children.

In October 2001, Janmohamed and his family arrived in Canada. He recalls being shocked when arriving and having to adjust to new expectations.

“When you come to Canada, everybody talks about ‘Oh, you need Canadian [work] experience, and you need this, and you need that,’ In Canada, we do things differently, so I had to kind of go with that,” he said.

After the initial shock, Janmohamed worked hard to do everything required to practise as an optician in Canada. He went back to school to complete a course that updated his credentials and allowed him to work in Canada. While taking the course, he was given a student licence to work under a licensed optician. 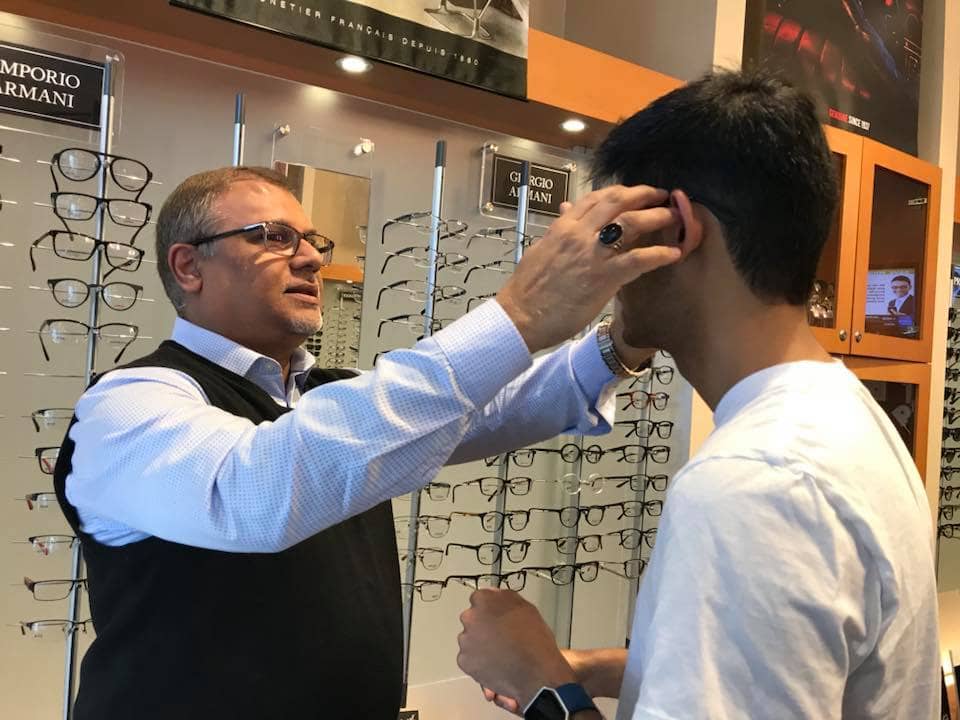 While his first job did not pay very well, Janmohamed took the opportunity in order to provide for his family.

“Basically, they were getting me as a fully-fledged optician with a lot of experience at a student rate [of pay],” he said.

Despite the pay, the optician who Janmohamed was working with had been very impressed by his work, so he referred him to another optician looking for a full-time employee. Janmohamed continued working both these jobs for 10 years before finally pursuing his ultimate goal of opening his own eyewear store.

Janmohamed had planned to open his own business in Canada for many years before he finally did. His inspiration was his father who was an entrepreneur back in Kenya. Between raising his children and paying his mortgage, he put his aspiration to open a business on hold until it was the right time.

“The inspiration was always there that, ‘Listen, one day I need to get my own business. I don’t want to be working for anybody,’” he said.

Although passionate about his dream to open his store, he encountered a few challenges at the beginning.

“The way that business is done in Canada is very different from the way we used to do it in Africa. One of the biggest things that needs to be done here is marketing. Marketing is the biggest component of your business in North America, but in Africa, the population is so much, and you don’t need to market. People just come to you,” he said.

With lots of trial and error and help from family and friends, especially with technology, Janmohamed was able to find useful marketing tools and began enjoying the rewarding parts of opening his business. 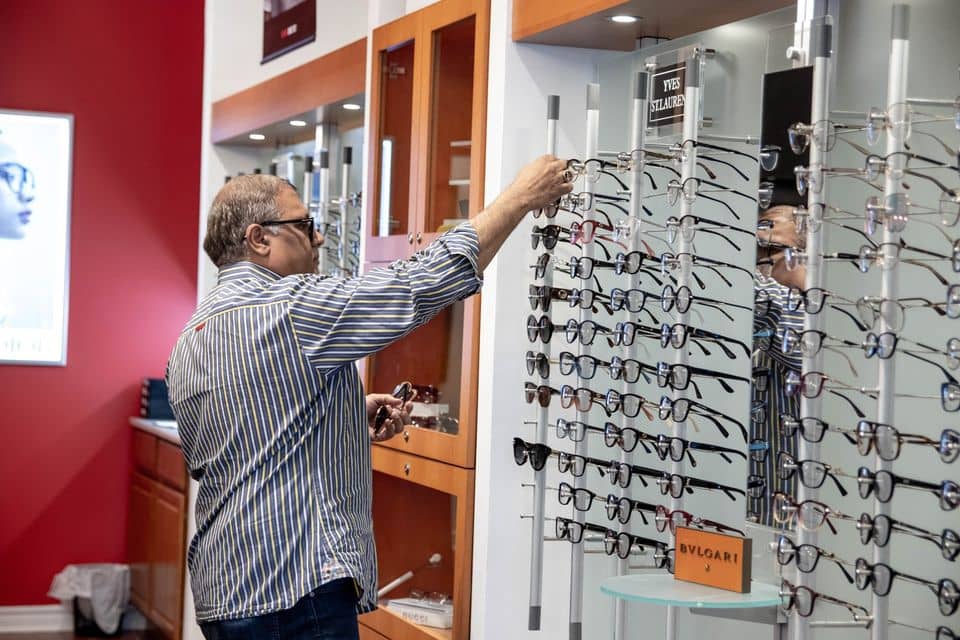 “The most rewarding thing is definitely the financial part, more independence in terms of finances. The satisfaction of having my own business and being able to contribute to the economy because small business is a big part of our economy in Canada,” he said.

Despite all of his success, Janmohamed remembers what it took to get him to where he is today, and he believes other newcomers can also have the same opportunities.

“My advice to them is to persevere because at the end of the day, you will end up somewhere in this country … I sold everything [I had] before I came here [otherwise] I would have gone back within the first six months. But because I had nothing to fall back on, it was a beautiful thing for me to persevere,” he said.