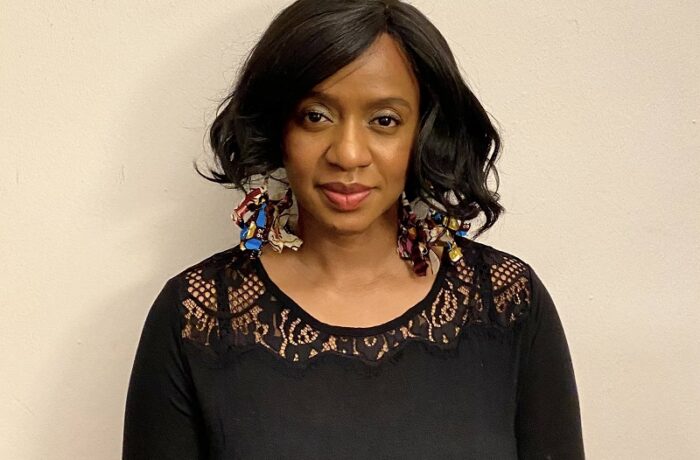 ‘Remember where you came from’: Elisabeth Lengema finds balance while flourishing in Canada

From fleeing her home to creating a career in Canada, how Lengema did it all

When Elisabeth Lengema was a teenager, she and her family fled from the Democratic Republic of Congo due to political unrest in the country. Soon after they left, the borders closed, and citizens were unable to leave.

She went to America first and then moved to Canada in her early 20s where she went to school and began to build up her own business, Lillon Boutique. Lengema’s side career may have officially started in 2018, but she always had a skill for selling her products.

“In high school, I used to make my own necklaces, and I used to sell them to my classmates,” she says.

She started by making jewellery for friends and family, and this soon exploded into something much bigger. From 2013 to 2015, she travelled a lot throughout Africa and went to countries like Kenya, South Africa, Botswana, and Rwanda. She began connecting with creators all over Africa and gathering their contact information for when she could have a way to sell their products. “Then years later, I said, ‘Hey I’m ready to do my store so let me see if I can reach them again,’” she recalls. This is how she gathered artisans, who now have their merchandise on her site.

But the people she met were more than just vendors for Lengema to sell their products. One creator from the Ivory Coast, Thiame, named his first daughter Elisabeth in honour of Lengema, as she had helped him pay for their C-section surgery bill.

“We are one big family,” Lengema says. “I like that I am sharing my success with them.”

For years, Lengema was nervous that she didn’t have enough inventory to be a vendor at a show or event. But eventually, she finally gave herself the push she needed to move forward with her business.

Lengema’s business didn’t fail. Instead, it took off. She went from booking a stall for one weekend at events like Afrofest, a Toronto festival that celebrates African music, to booking six or seven weekends in a row.

“I enjoy sharing my culture with people when they come to my stall,” she says. “I have items from 14 different countries. My goal is to have all of Africa on my table.”

Lengema’s plans to travel to meet more creators and book more festivals to sell the merchandise were derailed when the COVID-19 pandemic hit. She had to move her business online and ship products to customers.

With the switch to online selling, she has been able to widen her audience. Consumers from distant parts of Canada as well as the U.S. have been buying her products as well as the products from the creators she has connected with.

But COVID-19 has not been the only obstacle in Lengema’s way. After leaving her home country as a teenager and coming to North America, she struggled with her identity.

“I would meet Congolese people, and they would not believe that I was Congolese. They’d be like, ‘Are you sure? No, I don’t think so,’” she says. “So, I would say, ‘What am I? If my people don’t think I am their people, and then here [in Canada] I’m a foreigner too, who am I?’ I felt a bit lost.”

She believes that the best way to overcome this feeling of being lost between two places is to find a balance. “As a new immigrant, you try sometimes to blend in so much that you lose who you were as a person,” Lengema says. “It’s always good to embrace where you are, but at the same time remember where you came from.”

Something she cherishes about being in Canada, and what she believes Canadians take for granted, is the right to vote. Lengema spoke about growing up in the Democratic Republic of Congo and how she learned from a very early age to be careful of what she says to others, because you never knew who might overhear.

“You have to vote because people in some other places get shot at; they are unable to vote. So my country, even now they had elections two or three years back. People went out to vote, but there was intimidation, and even the results were contested,” she says. “Whereas here, people can vote whenever they want to vote. They won’t be threatened.”

For newcomers coming to Canada, Lengema has two pieces of advice. The first is to help others who are in the position you were in at the beginning.

“Whoever helped you, do the same for the next person,” she says.

The second piece of advice is to lower your expectations and be ready to start over. You may find yourself doing jobs and other tasks that you never had to do in your home country.

“You’ll have hard times, maybe a couple of years, but after you’ll get better,” Lengema says. “You might have to go back to school here; you may have to take jobs you won’t like at first, but if you have an end goal, you will get there.”